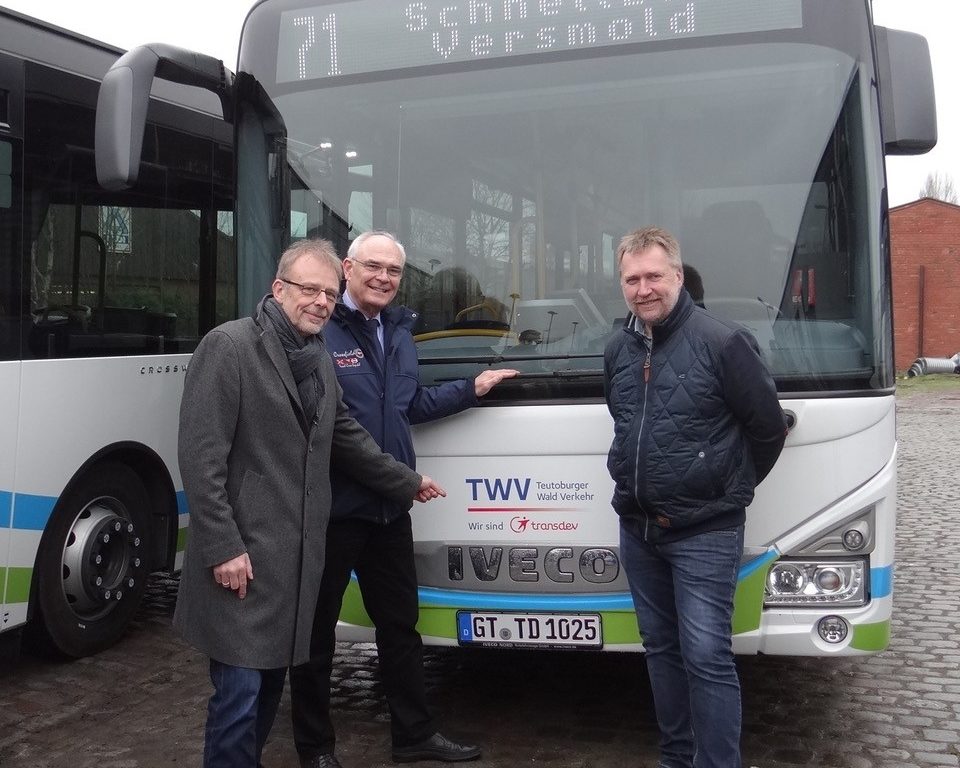 Transdev Service West GmbH (TDSeW) will operate the Gütersloh North route bundle for 10 years from August 1, 2021. This has now been announced by the responsible authority as the result of the corresponding invitation to tender after the objection of a competitor was rejected.

The contract, which involves an annual mileage of around 1.85 million kilometers, involves the use of around 50 vehicles ranging from articulated buses to call buses on 22 routes and one night-bus route. Around 75 employees will be needed for the driving service.

The buses to be procured will have high-quality equipment, including WLAN and USB sockets, and will operate under the well-known Teutoburger Wald Verkehr (TWV) brand in the north of the Gütersloh district. They will also serve the city of Bielefeld, the district of Herford (Spenge) and travel as far as Lower Saxony (Melle-Neuenkirchen). In the town of Werther, the contract also includes the operation of a citizens’ bus to the local districts.

This is a strategically very important success for us.

As a bus operator, we can already look back on a long history in the Gütersloh area, after all, and we are proud that we will now be able to serve bus transport throughout the entire district from August 2021.

The further expansion of our transport network strengthens the Bus West region and secures jobs in the long term.

Once again, we were able to beat the competition with an economical and competitive offer. »