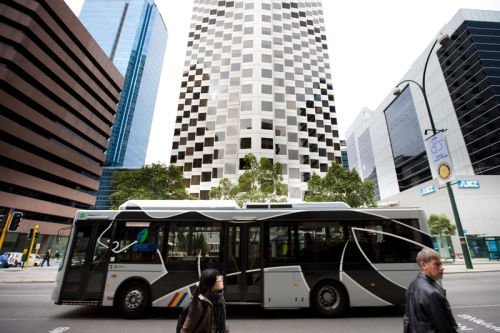 Veolia Transport Australasia (Veolia Transdev) has just been reappointed as the operator of the Fremantle bus network, in Perth (Australia).

This contract was awarded by the Western Australia Government -TransPerth- to operate and maintain the bus services of Fremantle, in Perth; and consists of a fleet of 169 buses which represents 16% of Perth metropolitan market. The contract commences as of October 2012 with fixed 10-year period, for a revenue of 430 million Australian dollars, equivalent to about 340 million Euros and was won against strong competition.

Veolia Transport Australasia, through its local subsidiary Veolia Transdev Perth, has operated in Perth since 2004 and is the first transportation provider with a total of 44% of the bus market in Perth through its contracts in Rockingham/Mandurah, Joondalup and Fremantle, with a fleet of 470 buses and 900 staff carrying 33 million passengers.

Combining record ridership and good environmental performance with safe, innovative and solutions for the long-term represents the key objective for Veolia Transdev. The Perth network is a showcase for the Group.
Francis Angotti, CEO Asia-Pacific

The fleet run by Veolia Transdev Perth is today composed of the latest generation of clean vehicles, 68% running on compressed natural gas (CNG). Annual reporting based on the Group’s environmental management system measures impacts and fortress a culture of continuous improvement. Travellers on Perth buses can receive real-time information updates via RSS or Twitter, further reinforcing their choice of travel by bus; and can, thanks to an interactive eco-comparator, make informed sustainable mobility decisions.

We're delighted to share the Western Australia Government's strong vision to increase the use of public transportation and reduce impact on the environment. The commitment of our offer to provide customer-focused safe and cost-effective passenger services has been decisive. It is both a sign of trust and an encouragement for the teams, the quality of their work and the excellent operating results obtained on the Perth network.
Jérôme Gallot, CEO of the Veolia Transdev Group

Veolia Transdev, present in Australasia since 1997 and Australia’s third metropolitan bus operator, today manages a range of modes in Australasia including: bus networks in Sydney, Brisbane, Perth and in the South West region of Western Australia, commuter rail in Auckland, ferry services in Brisbane and from July 2012 in Sydney, where the company also manages the capital’s monorail system. It also provides employee transport for the industrial market via its Vivo Connect brand. The Group manages approximately 71 million customer journeys per annum, using over 1,200 vehicles/vessels and employing approximately 3000 staff.

Born out of the merger of Veolia Transport and Transdev, a subsidiary of Veolia Environment and Caisse des Dépôts, Veolia Transdev is the world’s leading public transport operator.

Veolia Transdev advises and supports regional authorities, from the pre-project stage to the daily operation of public transport networks, including project management assistance. With 102,000 staff in 27 countries, the group operates 60,000 vehicles and 25 tram systems. In 2010, Veolia Transport generated turnover of 7.8 billion euros.