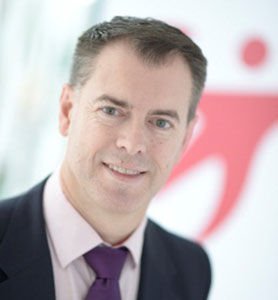 Laurent Mazille began his career as foreign affairs and defense advisor for a senator from Yvelines. After working at the Rhône-Alpes Regional Council (1998 – 2004) where he became deputy chief of the chairman’s office, then served as a parliamentary advisor to the member of parliament from the Rhone from 2004 to 2005.

In 2005, he joined RATP Group, where he was successively in charge of relations with parliament and local elected officials in the office of the chairman, then chief of staff and institutional relations manager for the chairman’s office in 2007 before becoming secretary-general in 2010.

Laurent Mazille is a member of the annual session (2014 – 2015) of IHEE (Institute of Economic Studies).

A subsidiary of Caisse des Dépôts and Veolia Environnement, Transdev is one of the world’s leading public transportation companies.