Royal opening of new Ebusco factory in the Netherlands 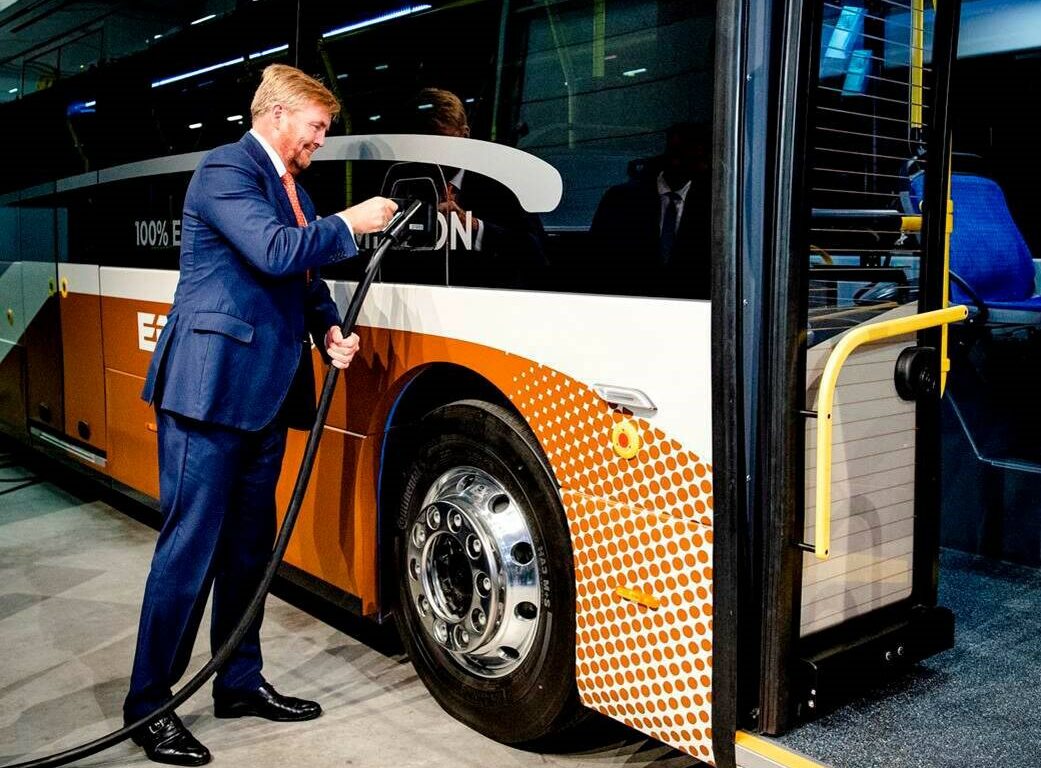 His Majesty the King Willem-Alexander of the Netherlands officially opened the new factory in Deurne, the Netherlands last week with great interest from employees, guests and the press. The King opened the facility by connecting an Ebusco 3.0 bus to a charger.

The factory in Deurne is expected to have a production capacity of five hundred emission-free buses per year by 2022. Prior to the opening, Mr. Hololei, Director General for Mobility and Transport of the European Commission and State Secretary Van Weyenberg of Infrastructure and Water Management, dwelt on the energy transition and the importance of electrification of public transportation.

After a tour of the new factory where Transdev’s new buses for the Gooi and Vecht region are made, the King showed great interest and discussed with a number of people present, among them was Manu Lageirse, CEO Transdev Netherlands.