New E-Buses to the city of Jackson in Mississippi 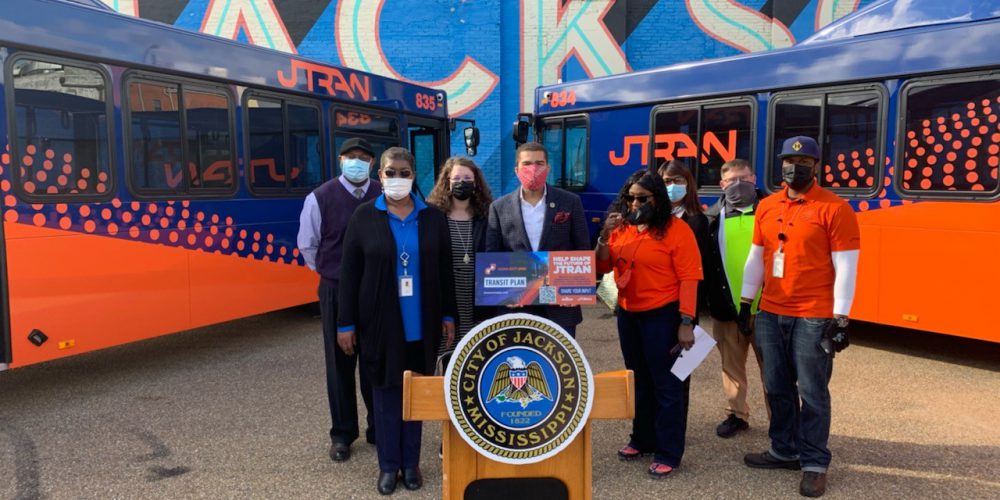 Transdev General Manager, Evangeline Jackson-Martin, was on hand earlier this week to support JTRAN, our Jackson, Mississippi public transit authority as the city announced the purchase and rollout of four new hybrid-electric buses.

The new buses mark the transition of JTRAN to low emission vehicles. This will be followed by the addition of eight more hybrid-electric buses over the next two years. JTRAN also announced their specific Transit Plan – a study designed to improve their fixed-route bus and paratransit services.

We are proud to partner with JTRAN and support their commitment to deliver improved, sustainable and equitable transit service and transportation solutions to the community.

*GM Evangeline Jackson-Martin is second from the left in the included picture.