I-Cristal in Mobileye booth at IAA in Germany 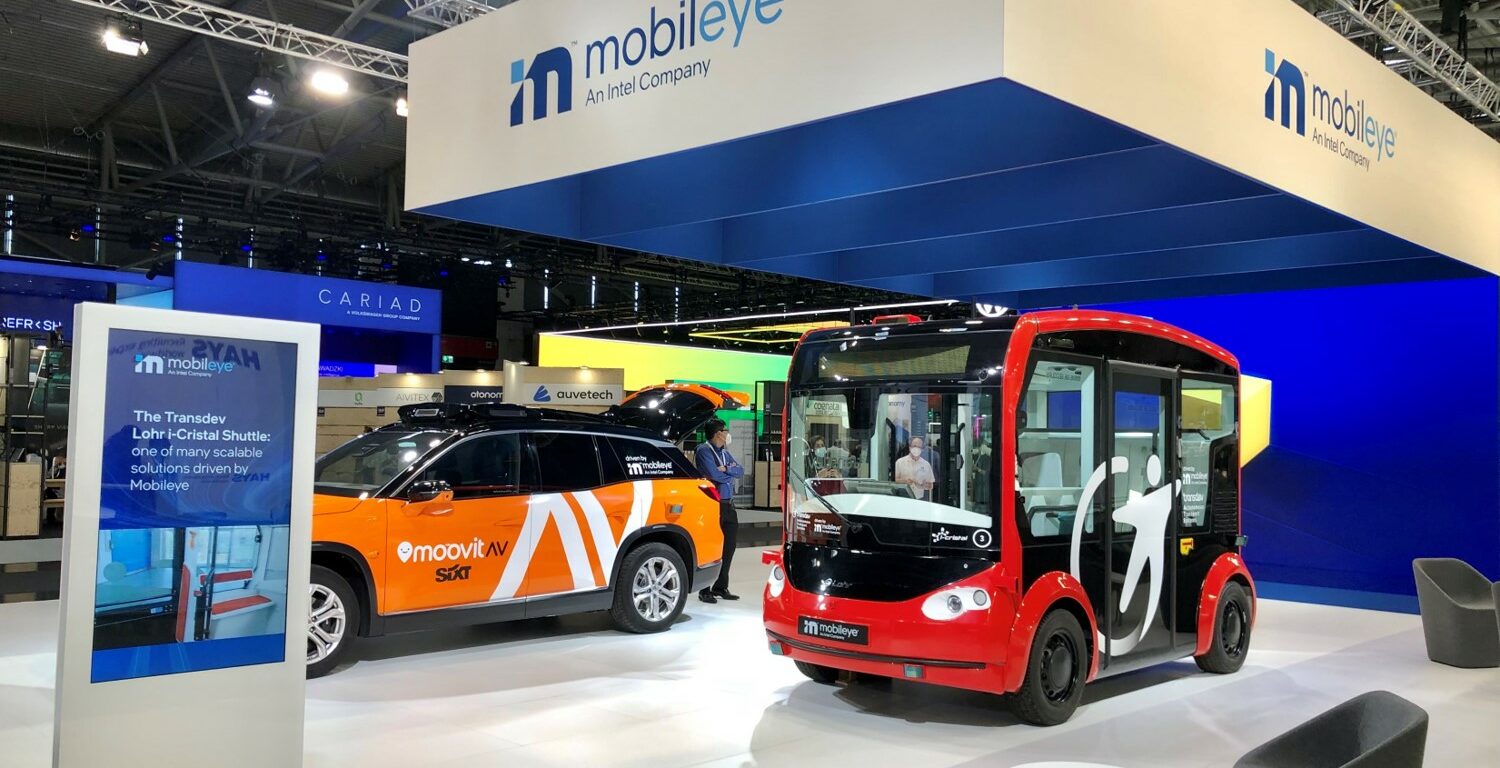 During the IAA in Munich (International Motor Show in Germany) that was from 7th till 12th September, the Transdev i-Cristal autonomous and electric shuttle was presented on Mobileye’s booth, fully equipped with its sensors.
This autonomous and electric shuttle co-developed by Transdev Autonomous Transport System and Lohr, is fully equipped with Mobileye Autonomous Driving system.
The i-Cristal was directly visible at the entrance of the hall, and also visible on a promotional film on the giant screen at the rear of the booth.