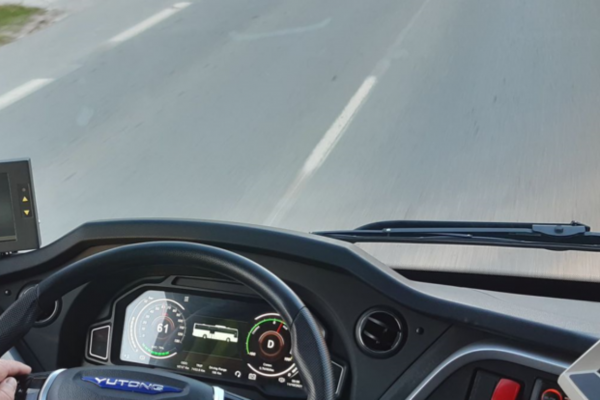 Composed of four new electric coaches, route 704 is now a zero-emission route that connects Arsac, Avensan and Le Pian Médoc to the Mérignac aeropark area with the heart of the city of Bordeaux in the southwestern part of France. It is operated by Transdev subsidiary, Citram Aquitaine, as part of the public service concession for the Gironde regional routes on behalf of the Nouvelle-Aquitaine region.

Last month, the 4 new electric coaches and the recharging station to supply the vehicles were in augurated at the Citram Aquitaine depot in Haillan. Renaud Lagrave, Vice President of the Nouvelle-Aquitaine Regional Council, Pascal Morganti, Regional Director of Transdev Nouvelle-Aquitaine, and Nicolas Raud, Director of Citram Aquitaine, were present at the inauguration.

With a range of 350 km, the four 59-passenger Yutong electric coaches save more than 219 tons of CO2 per year. The four terminals that equip the depot allow vehicles to be recharged in less than four hours. Low noise and vibration reduction, they emit no polluting emissions. For the convenience of customers, coaches are equipped with free digital services on board (USB sockets, Wi-Fi, digital press portal).

By using these services, customers reduce their carbon footprint and gain comfort in daily commuting comfort.