The Mistral network, operated by Transdev, and committed to the energy transition, presented two of its natural gas buses to the French Prime Minister, Jean Castex during an official visit last week to Toulon in southern France.

On January 15, the day of the signing of the agreement for recovery and ecological transition between the State and the Toulon Provence Mediterranean Metropolis (TPM), Prime Minister Castex was on an official visit to Toulon. Thierry Durand, Director of the Mistral network, presented him with two of the flagships of the clean energy bus fleet: a hybrid articulated bus and a standard 100% natural gas bus.

As operator of the Toulon metropolitan area’s transit network, Transdev is supporting the local authority in its energy transition process. In 2021, the teams have thus put into service many clean vehicles on the Mistral network:

The Toulon metropolitan area is also the first  in France to have launched hybrid maritime shuttles on its transit network. In total, Transdev operates a fleet of 126 clean energy buses and several hybrid maritime shuttles in Toulon. The Mistral network thus has the largest fleet of alternative energy buses operated by Transdev in France, offering more sustainable mobility solutions to our passengers and employees. This commitment is fully in line with the Group’s ecological transition 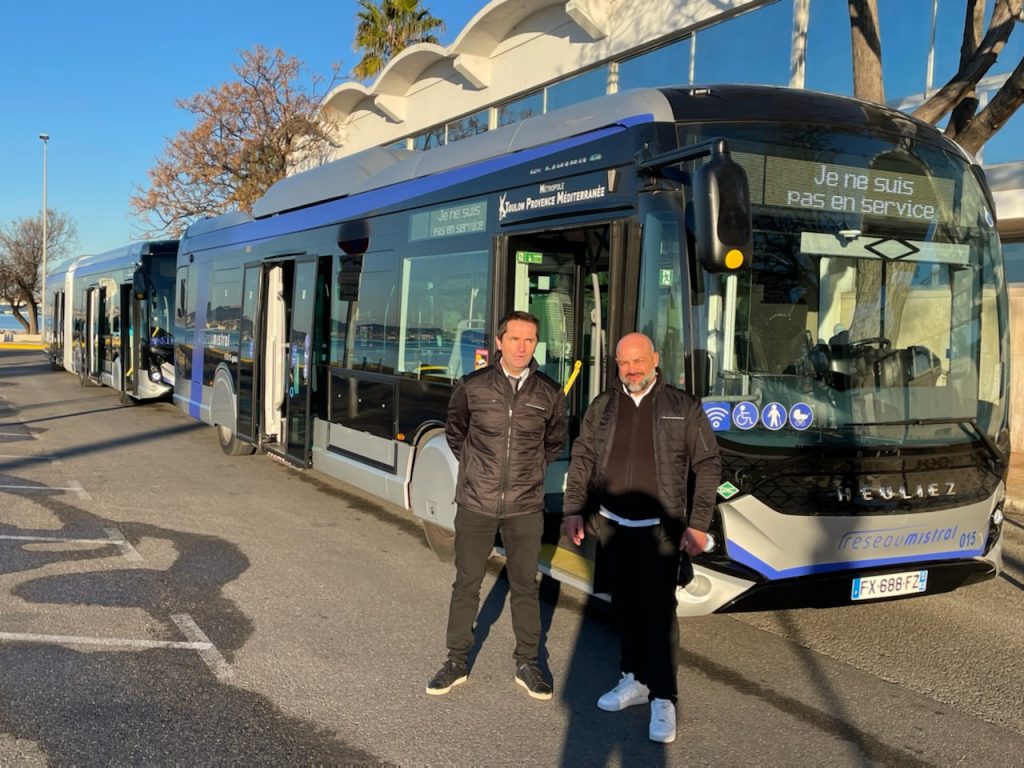