This is the fifth network of Bayerische Regiobahn, which continues to operate in its Chiemgau-Inntal, Oberland, Ammersee-Altmühltal and Ostallgäu-Lechfeld networks and is thus represented throughout southern Bavaria.

A change of operations is a major challenge, but we have done everything we can to make the transition as smooth as possible. In the end, however, despite all the good preparation, the unexpected usually happens and everyone involved is very excited.

Are all the signatures in place? Will the vehicle handover work as planned? Is the line passable despite the snowfall, when there has been no train service for months? Is there sufficient staff? A long list was discussed in daily voting sessions. Many BRB employees were on duty along the route.

The start was successful, the first train left Bischofswiesen on time at 6:29 a.m. on Sunday. The only downer for us is the section between Bischofswiesen and Berchtesgaden main station. Unfortunately, the construction work to repair the storm damage on this section of track could not be completed by Deutsche Bahn, so we are using rail replacement services with buses there until further notice. On the first day and today for schoolchildren and commuters, we also had passenger guides on site to provide the best possible service for our new passengers. 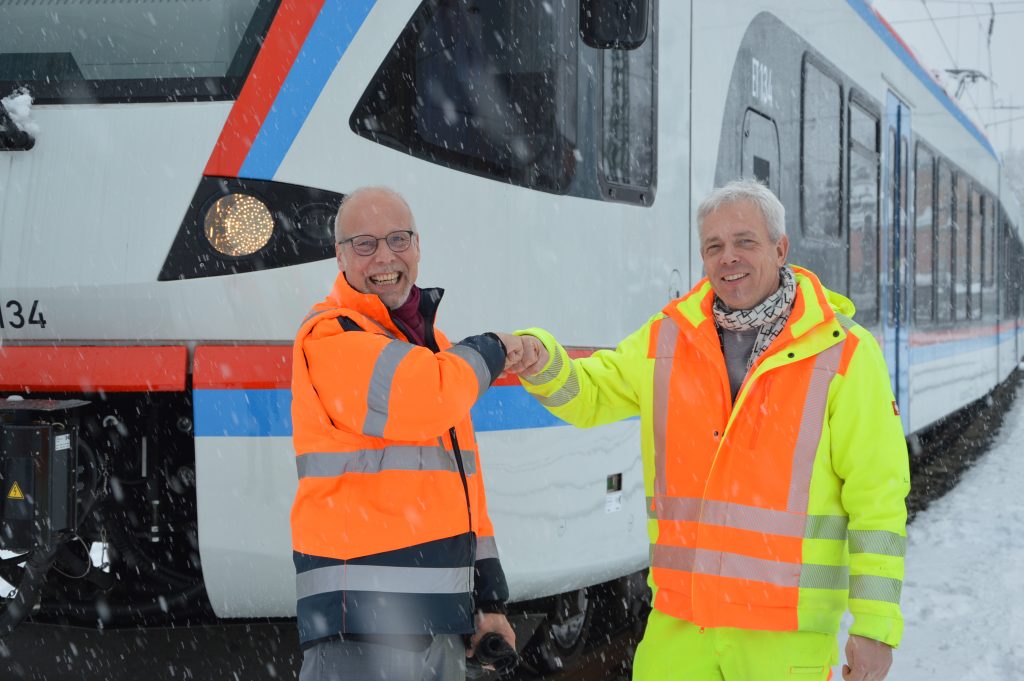 We were prepared to be able to react immediately to any disruptions.

Only three days before the start of operations, BRB had received the five electrically powered vehicles from BLB, which remain in service on the line. Many of BLB’s train drivers and customer service staff have been taken on by BRB. This is an advantage, because the steep grade on the southern section of the line between Bad Reichenhall-Kirchberg and Hallthurm is a challenge for the drivers in the cab.

In the new Berchtesgaden-Ruhpolding network, the proven frequency and through-connection of trains beyond Freilassing all the way to Austria will be retained.

The vehicles will run through, and the employees and safety responsibilities will change in Freilassing. We are pleased that we can continue this attractive offer of a connection between Bad Reichenhall and Austria for our passengers without changing trains after extensive coordination with both transport authorities in Bavaria and Austria as well as with ÖBB. The first through cross-border train connection of line S3 from Saalfelden am Steinernen Meer to Bad Reichenhall in cooperation with ÖBB-Personenverkehr was handed over to us for the onward journey in Freilassing according to schedule.

The network was taken over on behalf of Bayerische Eisenbahngesellschaft (BEG), which plans, finances and controls regional and suburban rail traffic in the Free State.

The most important innovation in the trains is the modern passenger information system, including real-time data, which will be retrofitted in the coming months. In addition, seat upholstery and seat covers, armrests and side wall tables will be renewed or refurbished in the interior from January 2022, as well as more luggage racks and a larger multi-purpose area. The RVO customer center in Berchtesgaden is also a proven service.

The BRB Guten Tag ticket is now also valid on the trains. This can also be used on all local trains of the Südostbayernbahn and the ÖBB at the stops between Freilassing and Salzburg Hbf. This popular ticket, which is valid on all BRB trains, is even three euros cheaper than the comparable Bayern-Ticket. The free bicycle transport on the Freilassing – Berchtesgaden route remains unchanged. In addition, bicycles can now also be taken along free of charge between Teisendorf and Salzburg main station on the trains of the Chiemgau-Inntal network. 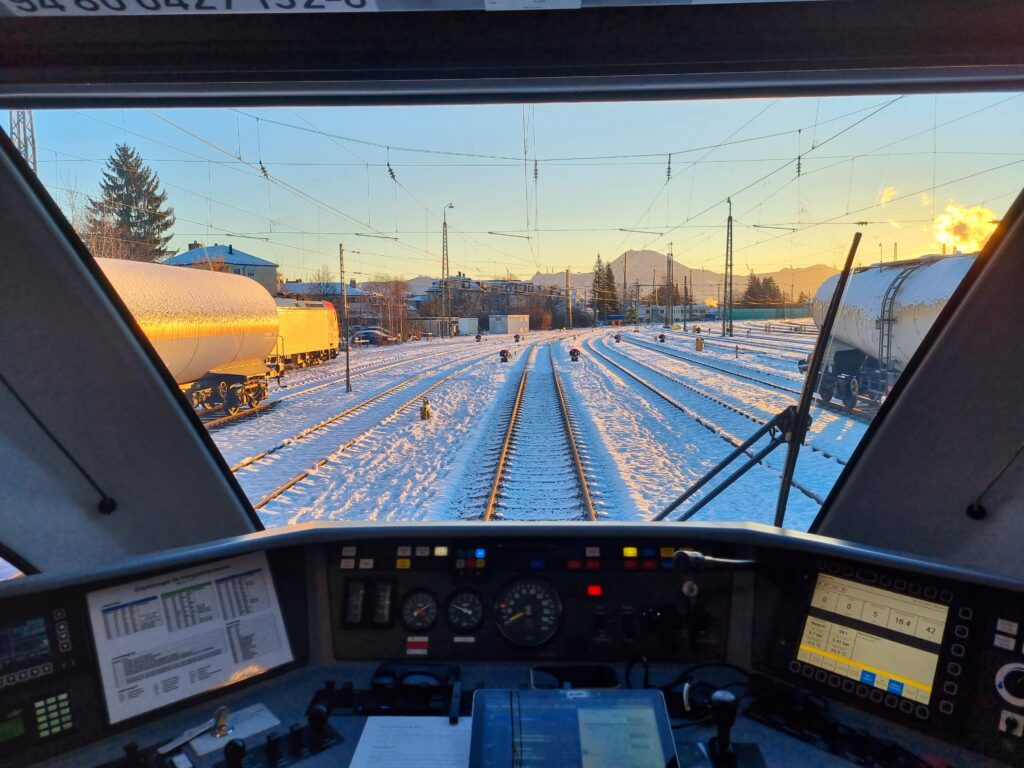