Veolia Transdev is publishing the first results of the biggest multi-country survey to date of transit authorities in eight major markets. Chosen for their size and the way they organize transit, they include the US, Australia-New Zealand, Sweden, Norway, Germany, the Czech Republic and the Netherlands.

From 2009 to 2012, four survey sweeps were conducted with the French polling firm Institut TNS Sofres, enabling Veolia Transdev to regularly take stock of priority issues and needs in transportation, and to identify new or recurrent transit authority expectations. A new sweep focusing on France will be carried out in September 2012.

Initiated during the 2007-2008 US financial crisis, the survey showed that the global scope of the crisis prompted transit authorities to reset their priorities so that they could weather it, totally transforming the transportation industry.

Ultimately, four major trends and some unexpected findings have emerged from this multi-country survey of transit authorities, allowing Veolia Transdev to pinpoint the main features of future mobility policies.

A reaffirmation of basic trends

Local authorities talked about their priorities for the next three years in two areas: transportation management and the management of passenger services.

The countries surveyed agree on the following points: future transportation will have to be made ever safer, better coordinated and cheaper; and passenger satisfaction is crucial.

Mirroring these issues concerning the expansion of transportation systems:

All of the countries surveyed perceive new technologies as central to rider satisfaction, well ahead of implementing alternative means of transportation and environmental programs.

The eight countries surveyed about their opinion of Veolia Transdev show that the operator is considered very credible.

These findings bear out Veolia Transdev's strategy of always providing both more and more effectivesupport for transit authorities, based on three cornerstones: anticipating the needs created by growing city density; innovating to promote integration and digital resources; and deploying our know-how in terms ofsustainable mobility.
Jérome Gallot, CEO of Veolia Transdev
Because of the crisis and decrease in financial resources, creating new transportation models that will satisfy the new requirements of transit authorities point by point is a priority for Veolia Transdev. The company must be open and receptive, in order to successfully adapt to the needs of a society that is changing extremely fast.
Marielle Villamaux, Senior Vice President, Marketing, Veolia Transdev
The survey will soon be digging deeper, with a new sweep set for next fall in France and final results expected to be available at end-2012.

Created by a merger of Veolia Transport and Transdev, subsidiaries of Veolia Environnement and Caisse des Dépôts, Veolia Transdev is the leading global public transit operator. Veolia Transdev advises and supports regional authorities with everything from project planning to contracting authority assistance and the daily operation of public transit systems. The company has a work force of 102,000 in 27 countries and operates 60,000 vehicles and 25 light rail systems. Veolia Transdev posted revenue of €7.8 billion in 2011.
All the news 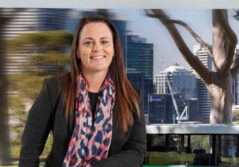 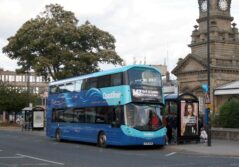