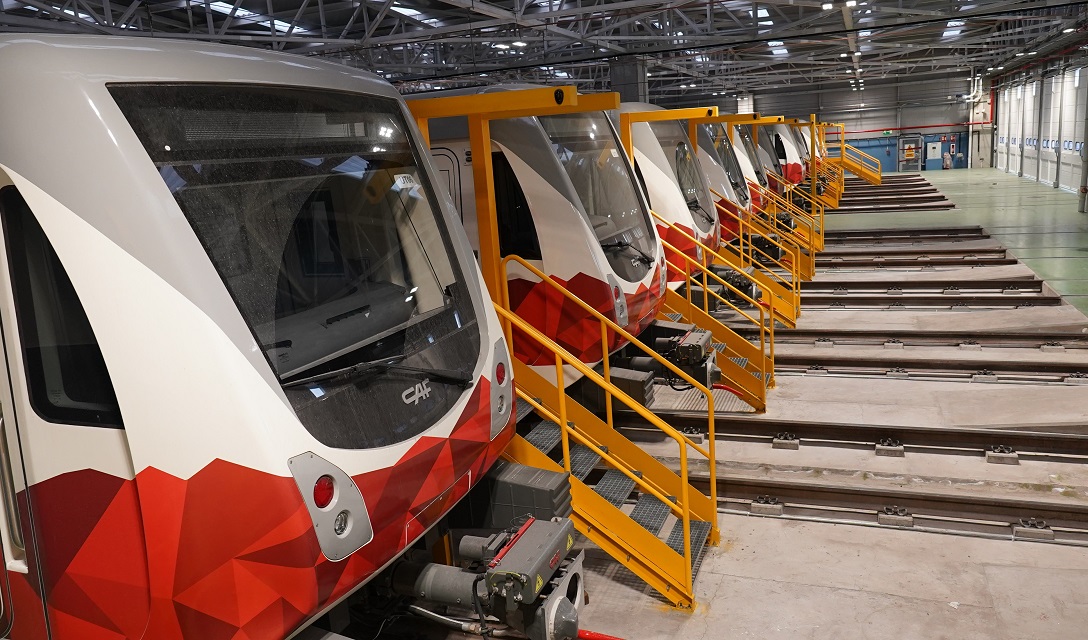 Issy-les-Moulineaux (France), November 30, 2022 – Following an international bidding process, Transdev (51%) and its Colombian partner Metro de Medellín (49%) have won the contract to operate the first metro line in Quito, the capital of Ecuador.

Issy-les-Moulineaux (France), November 30, 2022 – Following an international bidding process, Transdev (51%) and its Colombian partner Metro de Medellín (49%) have won the contract to operate the first metro line in Quito, the capital of Ecuador.

The six-year contract, signed with the state-owned Metropolitan Company of Quito Metro (EPMMQ), is worth USD 186 million and includes a pre-operating phase and the actual operating phase.

Quito's first metro line, 22 kilometers long, will serve 15 stations - five of which are multimodal, allowing interconnection with other public transportation in Quito - between Quitumbe in the south and El Labrador in the north, via the capital's downtown. The total handling capacity of the line is 400,000 passengers per day.

To ensure operation, the partners will recruit and train approximately 450 people covering all professions.

The inauguration of the metro line will take place at the end of December 2022, with gradual start of commercial operation during the first half of 2023.

For the Quito metro, we are proud to bring all our expertise in the operation of high-capacity public transportation systems, acquired in numerous networks around the world, from regional trains to metros, tramways and Bus Rapid Transit (BRT). This contract to operate the Quito metro contributes to our continued development in South America, where Transdev Group has been operating major bus and BRT networks for many years in Colombia and Chile, with extensive electrification of the fleets underway. We are resolutely committed to decarbonized and sustainable urban mobility, serving the common good.

As the operator of the Medellín metro, with 27 years of experience in the rail sector, this contract to operate the Quito metro is one of our most important achievements. It is an opportunity for us to bring our expertise, to contribute to decarbonization and to share our know-how in customer relations with a neighboring country. This announcement is particularly important as we will be working in partnership with Transdev, whose vision of developing sustainable mobility we share.

This metro line has been built, since 2016, by an international consortium including Acciona (public works and civil engineering), CAF (rolling stock), Bombardier (signaling) and Siemens (electrification). The project was financed for $2 billion (USD) by a consortium of four multilateral banks: Development Bank of Latin America, Inter-American Development Bank, the World Bank and the European Investment Bank.

This contract marks a major turning point for Quito, a metropolis of 2.5 million inhabitants, which will benefit from the advantages of a modern, high-capacity metro line that will allow its population to move around the capital more smoothly, safely and quickly.

Other metro projects in the Americas

Within the frame of the future metro Line 6 (The Orange Line) in São Paulo (Brazil), Transdev do Brasil has signed an eight-year technical assistance contract with the Acciona-led consortium Concesionária Linha Universidade. This contract includes the design, preparation for commercial service and the first three years of commercial operation.

In Canada, Transdev was recently awarded the contract to operate and maintain the future Toronto metro, the Ontario Line, which is currently under construction.

All the news
How can we help you to move forward?
I would like to