Accueil » News » Transdev continues its development in Sweden and the Netherlands, on the road to the European Green Deal

Transdev continues its development in Sweden and the Netherlands, on the road to the European Green Deal

In Sweden, following European calls for tenders, Storstockholms Lokaltrafik (SL), Stockholm's public transit authority, has just awarded Transdev three new public transport contracts valued at a total of €1.2 billion for the operation of buses and suburban trains in the north of the Swedish capital.

The three contracts cover bus operations in the municipalities of Norrort and Norrtälje, as well as the operation of the Roslagsbanan trains (Roslagen railway lines), a 65 km, 38-station suburban train network departing from Stockholm East station and comprising three lines serving the cities of Kårsta, Österskär and Näsbypark. More than 43 million journeys are made each year in these three service areas, which will be operated by a team of 1,200 employees. 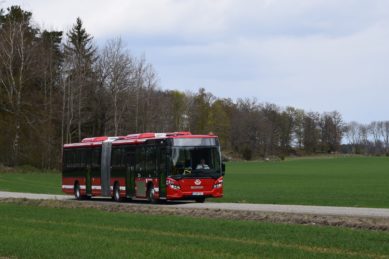 Services to Norrort and Roslagsbanan will begin in April 2021, and to Norrtälje in June 2021. The bus contracts run for nine years until 2030, while the 12-year train contract runs until 2033.

During the contract period SL will make major investments on the Roslagsbanan train lines with the construction of a double track and a new depot in Vallentuna as well as a new station in Arninge.

In addition, 22 new trains will be gradually introduced into the network between 2022 and 2024, resulting in greater frequency and better quality of service for passengers. Transdev will also introduce new duplex buses on the line between Stockholm and Vaxholm. Transport on demand will also be introduced in two areas in the municipalities of Norrtälje and Vallentuna.
In addition, on Monday May 20, 2020, Transdev announced the appointment of Anna Höjer as CEO of Transdev Sweden, effective September 1.

In the Netherlands, Transdev is continuing its offensive in sustainable mobility, with an order for battery- and hydrogen-powered electric buses. Indeed, Connexxion (Transdev Group) has just placed an order for 20 Solaris Urbino 12 hydrogen fuel-cell electric buses (Ballard) and will operate them on behalf of the Province of South Holland from the end of 2021.

These 100% zero-emission buses, with 85 seats, will replace Euro VI diesel buses and will have a range of over 350 km. The batteries used here have been designed to operate at high power levels when starting and stopping the vehicle, so the fuel cells used are designed to work continuously. In addition, the buses will have rear-view cameras and monitoring screens instead of the traditional rear-view mirrors.

This investment has been made possible by the support of the “Joint Initiative For Hydrogen Vehicles Across Europe” (JIVE and JIVE2), two programs co-funded by the European Union under Horizon 2020, Hydrogen Europe and Hydrogen Europe Research.

With this new order, Transdev is further strengthening its leadership position in electric buses, with fleets in the Netherlands, Sweden, France and Germany. At the end of 2019, Transdev was already operating more than 800 electric buses worldwide and is expected to have a fleet (operated and on order) of 1,200 electric buses (battery-powered, battery and hydrogen fuel cell-powered) by the end of 2020.

As an operator and global integrator of mobility, Transdev – The mobility company – gives people the freedom to move whenever and however they choose. We are proud to provide 11 million passenger trips everyday thanks to efficient, easy to use and environmentally-friendly transportation services that connect people and communities. Our approach is rooted in long-term partnerships with businesses and public authorities, and in the relentless pursuit of the safest and most innovative mobility solutions. We are a team of people serving people, and mobility is what we do. Transdev is jointly held by Caisse des Dépôts Group (66%) and the RETHMANN Group (34%). In 2019, with 85,000 employees in 18 countries, the Group generated total revenues of 7.4 billion euros 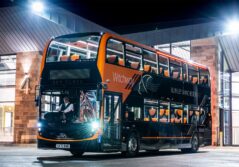 Find out more
Moovizy 2 application in final for UITP Awards: Saint-Etienne against Berlin and Moscow 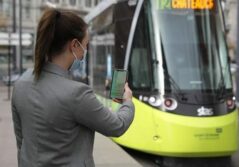