Home » Newsroom » Press releases » Tramway: Transdev consolidates its leadership with the extension of the T3 line in Saint-Etienne metropole

Tramway: Transdev consolidates its leadership with the extension of the T3 line in Saint-Etienne metropole 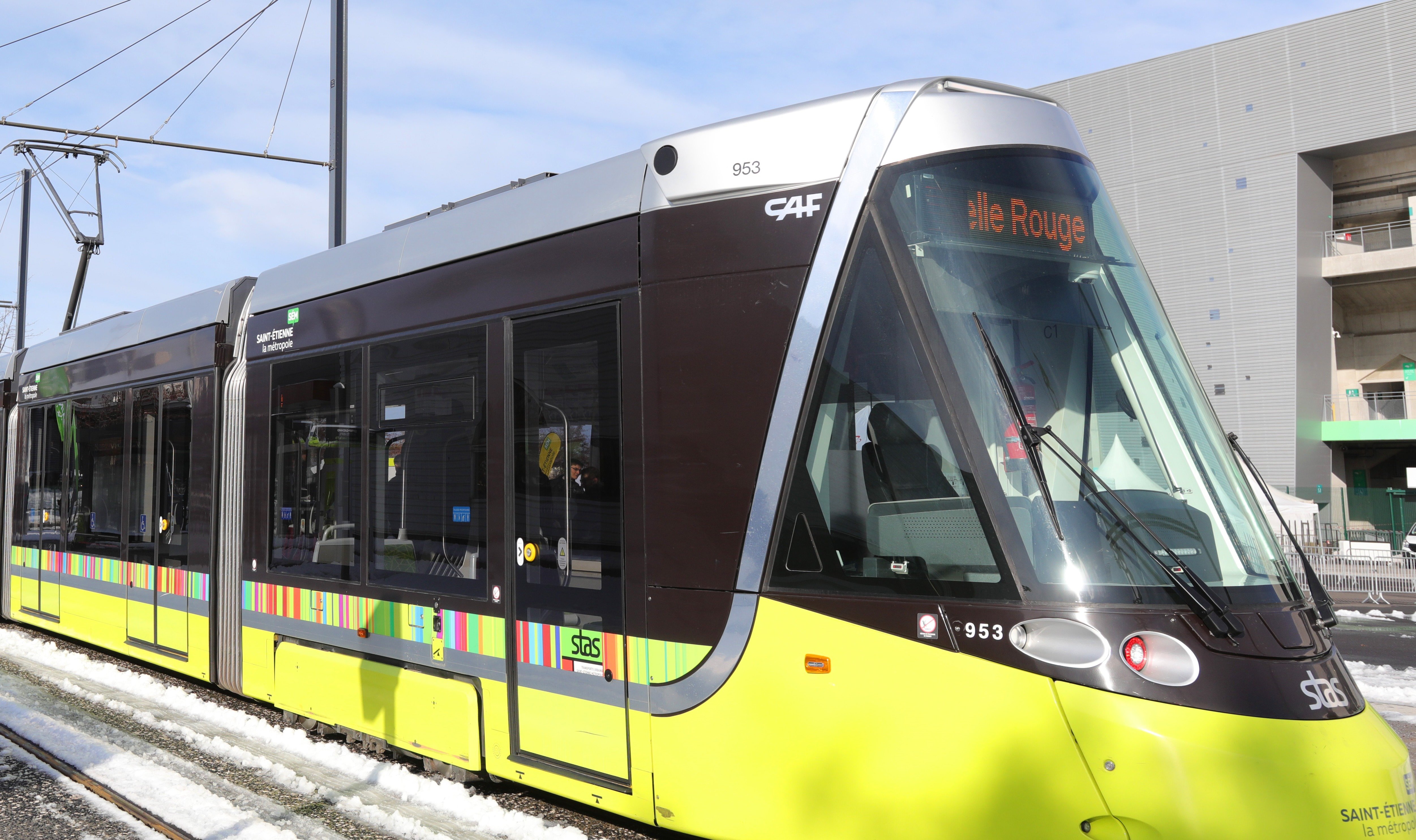 With the inauguration of the extended Saint-Etienne metropole T3 light rail line on November 16th 2019, Transdev confirms its world leadership in the operation of 24 light rail networks in 10 countries.

Transdev, a long-standing partner of Saint-Etienne Métropole through its STAS network, which has been present in the region since 2000, is very happy and proud to support the local authority in its ambition to place mobility and energy transition at the heart of its priorities. The metropolis of Saint-Etienne remains the only territory in France to have maintained the operation of its light rail over the centuries, since it was put into service in December 1881; the last development was the creation of the T2 line in 2006.

This 4.3 kilometer extension of the light rail's T3 line, linking Châteaucreux station to Roger Rocher station, includes eight stops, six of which are new, and extends the light rail network to the north of the Saint-Etienne metropolis. The light rail is part of an overall urban development strategy for the north-eastern sector of the urban area with the aim of making the area more attractive.

With the extension of the T3 line, the service to Saint-Étienne’s three main multimodal transport hubs (La Terrasse, Châteaucreux and Bellevue) strengthens the network of “backbone” public transport at the scale of the Sud-Loire area. Accompanied by the creation or renovation of park and ride solutions easily accessible from the road network, the extension of the third light rail line also creates new possibilities for car-light rail intermodality.

2019 is undoubtedly the year of the light rail for our Group, marked by several international successes and two new operations in France: Avignon and now Saint-Etienne. We have brought here all the expertise and know-how of our light rail teams, which are based in particular on our French experience in the cities of Avignon, Grenoble, Montpellier, Mulhouse, Nantes, Reims and Rouen.

As the historical player in the revival of light rail, Transdev is now the world leader in this environmentally friendly transportation mode. This leadership is based on a global support capacity for partner communities, from the early feasibility studies to the daily operation and maintenance of the network.

This year, Transdev won several contracts or renewals of light rail networks around the world, including:

As an operator and global integrator of mobility, Transdev – The mobility company – gives people the freedom to move whenever and however they choose. We are proud to provide 11 million passenger trips everyday thanks to efficient, easy to use and environmentally-friendly transportation services that connect people and communities. Our approach is rooted in long-term partnerships with businesses and public authorities, and in the relentless pursuit of the safest and most innovative mobility solutions. We are a team of people serving people, and mobility is what we do. Transdev is jointly held by Caisse des Dépôts Group (66%) and the RETHMANN Group (34%). In 2018, with 82,000 employees in 18 countries, the Group generated total revenues of 6.9 billion euros.