Something new in car sharing: the SUNMOOV’ service in Lyon’s Confluence district 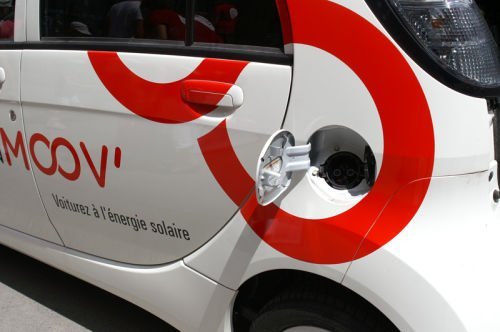 On October 15th 2013, an innovative car sharing service using solar energy and quick-charge points will be launched in the eco-district of La Confluence, Lyon.

As part of the “Lyon Smart Community” demonstration project (led jointly by Grand Lyon and NEDO) Transdev, through its subsidiary Proxiway – specializing in car sharing – has been chosen to develop this service in partnership with the Toshiba group.

SUNMOOV’ will use carbon-neutral energy and charging stations, which will be fully powered by renewable energy, supplied by the Compagnie Nationale du Rhône.

As from the last quarter of 2014, solar energy produced by solar panels installed on buildings in the Confluence district will allow the charging of the entire fleet of SUNMOOV’ vehicles. Such global energy management, realised on the scale of an eco-district, is a first in France.

The “Lyon Smart Community” demonstration project, implemented by Grand Lyon and NEDO (New Energy and Industrial Technology Development Organization) aims to test, using a whole district, the creation of a smart and responsible city in which new technologies are used to optimize energy consumption and reduce its impact on the environment.