Transdev Group has won the contract to operate and maintain the bus network in Fairfax County (Virginia, USA). Transdev will operate this bus network, called Fairfax Connector, from July 1, 2019 for a period of 5 years, with an option for an additional 10 years. The contract is valued at close to €400 million.

The announcement was made by the transit authority, the Fairfax County Department of Transportation, to operate the 89 bus lines, carrying 30,000 daily passengers over 16 million kilometers annually. To fulfill this important contract, serving Virginia's most populous county in the Washington D.C. metropolitan area, Transdev will employ 730 people and operate more than 300 buses from three sites in Fairfax County. Fairfax Connector, operational since 1985, is the largest bus network in Virginia.

In 2018, Transdev generated revenues of €1.2 billion in North America, including more than €1 billion in the United States of America. Transdev already operates multiple transportation services in the Washington D.C. metropolitan area, northern Virginia and Maryland. In 2018, the Group confirmed and extended its positioning in Washington D.C. (WMATA – Washington Metropolitan Area Transit Authority), with the renewal of its paratransit contract – in operation since 2013 – and the award of an €80 million bus contract over five years. In 2018, Transdev also renewed its paratransit contract with the Baltimore MTA (Maryland Transit Administration), enabling it to double its activity there.

In Canada, Transdev has been operating new bus networks in Montréal since last January on behalf of EXO, providing 2 million trips per year. At the beginning of April, Transdev announced the acquisition of Voyago in Canada, where Transdev Canada now represents annual revenues of €126 million, employs 2,600 people and carries 36 million passengers each year.

We are delighted with the confidence demonstrated by the Fairfax County authorities in entrusting us with the contract to operate the Fairfax Connector bus network. We are strengthening our position as a leading bus operator in the eastern United States and particularly around the capital Washington D.C., whether in Virginia or Maryland. 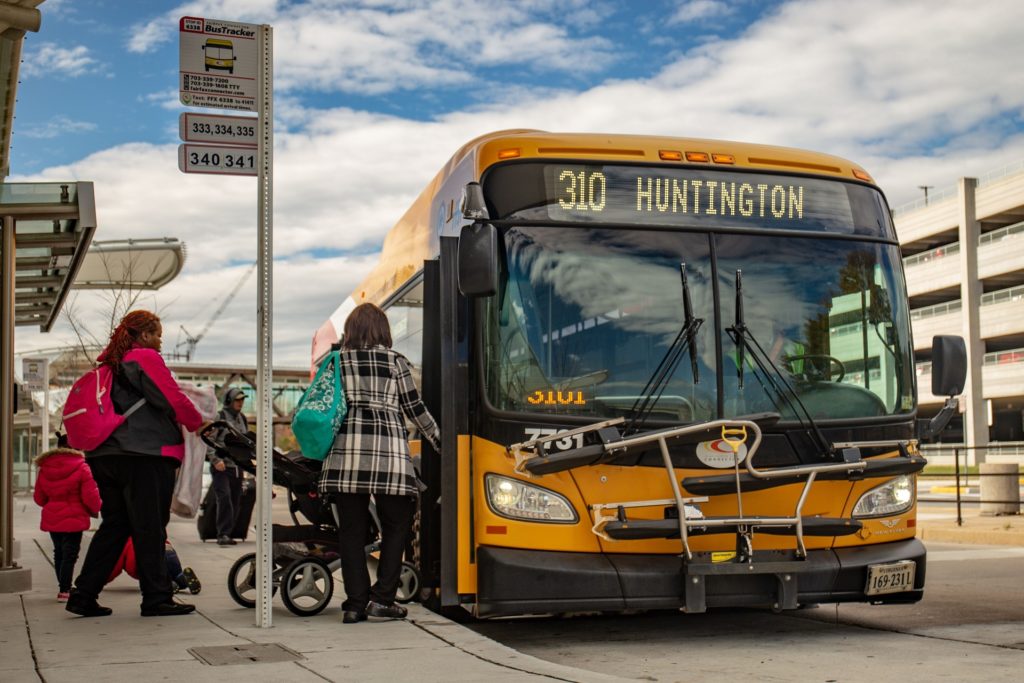 As an operator and global integrator of mobility, Transdev – The mobility company – gives people the freedom to move whenever and however they choose. We are proud to provide 11 million passenger trips everyday thanks to efficient, easy to use and environmentally-friendly transportation services that connect people and communities. Our approach is rooted in long-term partnerships with businesses and public authorities, and in the relentless pursuit of the safest and most innovative mobility solutions. We are a team of people serving people, and mobility is what we do. Transdev is jointly held by Caisse des Dépôts Group (66%) and the RETHMANN Group (34%). In 2018, with 82,000 employees in 20 countries, the Group generated total revenues of 6.9 billion euros.