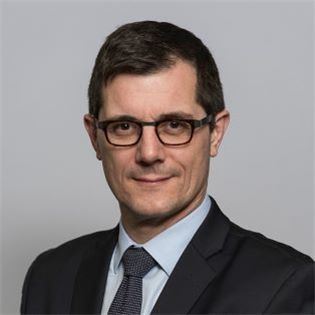 Issy-Les-Moulineaux, April 11, 2022. Antoine Grange, 52, becomes Transdev’s new CEO Europe as of April 19, 2022. He will be responsible for managing and supervising the Group’s European operations outside of France and Germany.

Antoine Grange graduated from Ecole Polytechnique in 1993 and is an alumnus of Ecole Nationale des Ponts et Chaussées (1995) and of the Technical University of Munich. He started his career in 1996, at the GTM construction company, subsidiary of Suez, where he participated in the renovation of the Tancarville bridge and the construction of the Tulle viaduct.

From 2001 to 2007, he worked at ELIS (industrial laundry services) where he successively held the positions of Plant Manager, Regional Manager and Regional Director.

As CEO Europe at Transdev and member of the Group Executive Committee, he reports directly to Thierry Mallet. He is responsible for the European zone including the Netherlands, Sweden, the United Kingdom, Ireland, Spain, Portugal, the Czech Republic, Slovakia and Morocco.

His main responsibility is to design, together with the General Managers of these countries, Manu Lageirse for the Netherlands, Anna Höjer for Sweden, Pierre Jaffard for the Western European and Mediterranean zone, and Radim Novak for Central Europe, a performance and growth-oriented strategy for the zone and to implement it throughout the organization, respecting the needs and opportunities of our clients.

With his 20 years of experience in operational management, business development, and his knowledge of international environments in the public and private sectors, Antoine Grange will bring his strategic vision to Transdev Group’s European operations. This appointment marks a new step forward in the implementation of our Purpose: "Empower freedom to move everyday thanks to safe, reliable and innovative solutions that serve the common good".

Thierry Mallet, Chairman and CEO of the Transdev Group

All the news
How can we help you to move forward?
I would like to