Their red open-top buses are a familiar sight on the streets of York – and now the city’s original tour bus operator, City Sightseeing York, is planning further investment to boost the visitor economy in 2021.

The much-needed good news for York’s tourism industry comes as City Sightseeing York’s parent company Transdev confirms the tour operator has had a successful 2020 despite restrictions imposed during the pandemic – with almost 20,000 people enjoying its circular tours of York’s historic landmarks since the service resumed with the easing of lockdown rules in early July.

By early August, rising demand saw City Sightseeing York’s tours doubled in frequency to run every 15 minutes, seven days a week – and on 12 August in brilliant sunshine in front of York Minster, the company launched the first of a new generation of high specification, low emission buses featuring smart new interiors, stylish seating and mobile device charging at every seat.

More recently, City Sightseeing York has launched its own unique themed tours, including a spine-tingling Halloween chiller hosted by famed folklore figure Mad Alice. Its one-off specials have proved a hit with visitors and locals alike, with many journeys completely sold out – and more are planned for the run-up to Christmas, providing national travel restrictions are relaxed as the Government intends in early December.

I’m really proud of the hard work our team in York has put in to achieve such impressive success in this challenging year. To carry almost 20,000 people in a season which had to be shortened to comply with restrictions on travel and tourism in our city is an amazing achievement.

A vitally important part of what we do is to act as a visitor gateway to all that York’s tourism industry has to offer. We’re often the first to welcome people to the city when they arrive, and as our knowledgeable team of drivers, guides and customers services all live locally and know the city inside out, we are proud to see our role as ambassadors for York and point to the many other attractions our great city has to offer.

In this way, our shared success helps York’s tourism attractions to grow their visitor numbers – which is vital for jobs and our city’s economy in general.

Our winning formula this year was underpinned by investment in high-spec buses with free Wi-Fi, USB power, a 10-language speaker system and Clean Air Zone-ready Euro 6 engines. The new buses clearly proved highly popular with our customers – within weeks of their launch our service won TripAdvisor’s Travelers’ Choice award, placing us among the top 10 per cent of attractions listed on its global website.

Following this year’s successful growth and excellent performance, we plan to invest further with additional top-spec buses coming to our City Sightseeing York operation in 2021. This reflects our confidence that the tourism sector is well placed to lead York’s recovery when pandemic restrictions are eased.

Special discounts for York residents and key workers also helped to grow 2020 customer numbers on board City Sightseeing York’s buses – and on the final day before November’s lockdown, all tours were offered at half price to thank everyone for their support this year.

In line with national travel restrictions which began on Thursday, 5 November, City Sightseeing York’s bus tours are now suspended until Thursday, 3 December, when the company hopes its red open top buses will return to York’s streets with Christmas-themed special tours. Details will be posted when confirmed online at: https://www.yorkcitysightseeing.com and on Twitter @yorksightseeing.

Transdev to provided important services to disabled customers in Illinois 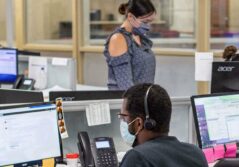 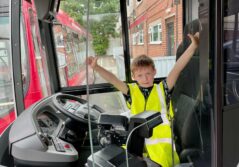 Find out more
New TriMet contract off to a great start 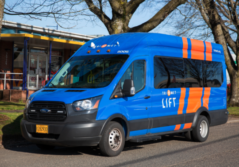