Transdev’s City Sightseeing in York has opened its season 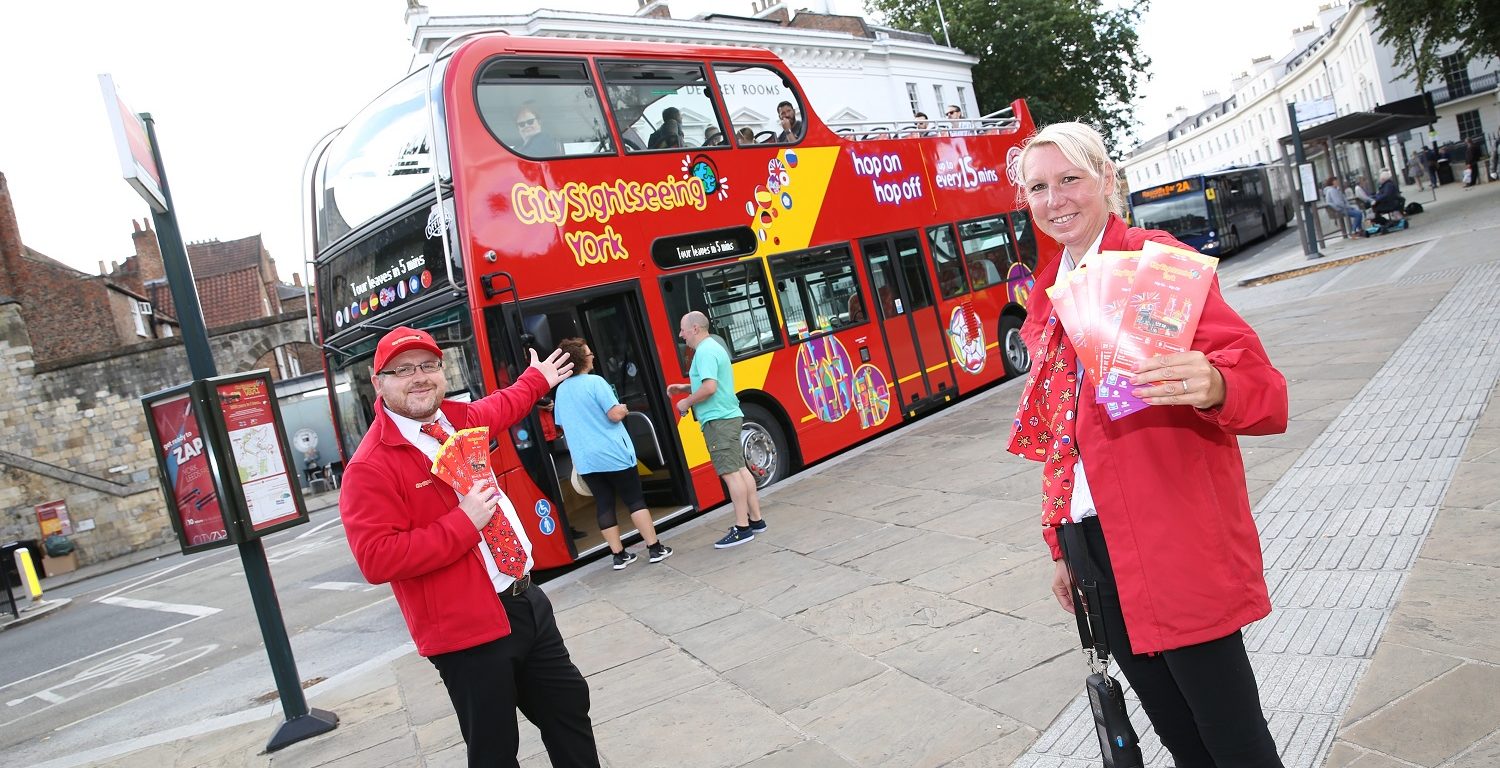 They’re York’s favorite tour buses, with more than 20,000 people enjoying the sights and sounds of the historic city in the second half of last year… until pandemic travel restrictions brought the service to a stop in December.

But now, with the initial easing of rules under the UK Government’s roadmap out of lockdown just days away, Transdev’s tour operator City Sightseeing York has ended the lockdown blues and returned to the city’s streets.

At the end of March, the ‘stay at home’ restriction ended, but the UK Government will still be advising people to stay local – and with that in mind, Transdev’s City Sightseeing York has lined up special discounts on Sundays for York residents with a York Card.

There’ll also be 25% off all tour tickets at weekends for York’s key workers, as a token of thanks for their hard work throughout the pandemic.

Our bright red open top buses are a safe and friendly way to enjoy all that’s great about our amazing city, while learning a thing or two about the landmarks along the way.

As always, all our tour buses are clean, safe and ready to go, with plenty of face coverings and hand sanitizer provided, as well as proper social distancing measures in place – plus plenty of fresh Yorkshire air on the top deck! And, if we start to get busier as the season progresses, we will ensure there are enough buses in service so that everyone can spread out as needed.

The success of our service in 2020 despite the challenges we all faced was underpinned by investment in high-spec buses with free Wi-Fi, USB power, a 10-language speaker system and Clean Air Zone-ready Euro 6 engines. Within weeks of their launch our service won TripAdvisor’s Travelers’ Choice award, placing us among the top 10 per cent of attractions listed on its global website.

For now, we’re inviting locals to come and join us as once again we are able to get out and about in our great city. Even if the weather lets you down, we won’t – for those who book on our website, our Rainy-Day Guarantee means you can use your ticket any day during the week after your booking if it rains on your tour day.

Reductions for York residents holding a York Card will cut the cost of enjoying a day’s unlimited hop on, hop off travel on the City Sightseeing York tour to just £10 per adult or £20 for a family ticket for up to two adults and three children.

Key workers also qualify for a 25% discount at weekends, simply by showing proof of where they work, such as an ID badge, to the Transdev staff.

Tourism agency Visit England has awarded City Sightseeing York its “We’re Good to Go” ‘tourism tick’ confidence mark. To qualify, Transdev demonstrated that all social distancing and cleanliness measures are in place on each of its red buses – giving customers added reassurance that they’re in good hands.