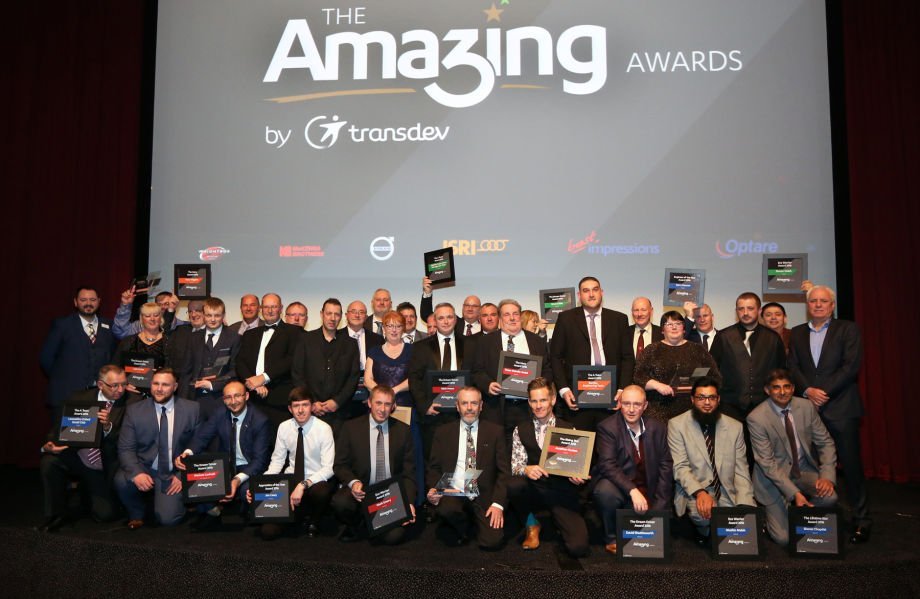 The eight winners of the coveted Amazing Awards were directly nominated by their own colleagues, and selected from a shortlist of 34 of the company’s finest teams and individuals, based at bus depots throughout Transdev’s operating area across Yorkshire and Lancashire.

Our people are at the very heart of what makes a successful business. Whether it’s driving our customers safely to their destination, making sure our buses are safe and reliable, or providing great support behind the scenes, our fantastic people make this company the success it is. The high standards set by everyone on the shortlist made choosing the eight winners of our first Amazing Awards a challenging task, but an enjoyable one.
Alex Hornby, CEO of Transdev in Yorkshire and Lancashire 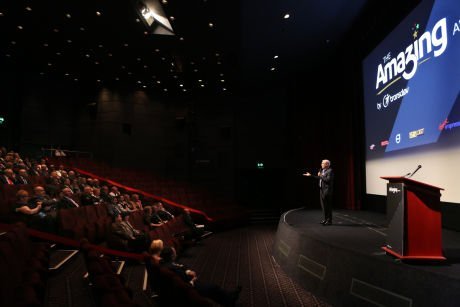 At the heart of our company, we believe in three things - employing people who are happy to work for us, serving people who are proud to be our customers, and creating a business which is innovative and successful. Our core values, passion, performance, partnership and commitment shine through every one of our Amazing Awards winners. The Amazing Awards are about celebrating everything that’s good about the people who deliver the highest standard of service for our customers, every day.

Alex Hornby, CEO of Transdev in Yorkshire and Lancashire

Winners in each of the eight Amazing Awards categories were:

Apprentice of the Year – for outstanding customer service skills and professionalism

Winner: Lewis Simeone, apprentice electrician, The Keighley Bus Company. Now into the second year of his electrician’s apprenticeship, Lewis has impressed his colleagues at Keighley with his improvement every day, Even at just eighteen years of age, he’s not frightened to get stuck in until he gets to the bottom of a vehicle fault.

Eco Warrior – for a driver who knows the importance of safety, efficiency and comfort, demonstrating the highest standards recorded by the GreenRoad driver and fleet performance monitoring system.

Winner: Chris Reid, driver, The Blackburn Bus Company – Chris hasn’t been at Blackburn for long, but he’s already making a big impact with his enthusiasm and ideas. He currently drives the recently relaunched Hotline 152 route linking Burnley and Blackburn with Preston, but isn’t afraid to tackle other work around the business, helping to run the local Twitter account and numerous marketing promotions. Chris does a great job in encouraging more people to take the bus

Winner: Transdev Burnley Engineering Team – this super-efficient team has an impressive 99.1% MOT pass rate measured over the last three years, and has a real passion for delivering quality. Many buses in the Burnley fleet are immaculately presented, despite working hard on some of the company’s busiest routes

The Hero – for a person who goes above and beyond expectations. A true champion!

Winner:Michael Hill, driver, Coastliner, Malton – when nature’s at full force, you need a hero with a cool head who can handle the pressure and stay in control. That’s exactly what Michael did when floods devastated areas of the City of York on Boxing Day 2015

Winner:Heather Hopps, The Keighley Bus Company – Heather is certainly a popular figure in the Keighley cash office, with nominating colleagues describing her as “always very helpful” and “simply the best”

Engineer of the Year – for an engineer who shines, always giving all they can to make sure the operation runs smoothly, with safety a top priority

Winner: Bill Livesey, The Blackburn Bus Company – with a lifetime of devotion to the bus industry, the company is lucky to have Bill’s enthusiasm and unrivalled engineering skills in its Engineering Support Unit in Blackburn

The Dream Driver – for a driver who has shown outstanding customer service skills and professionalism. Voted for by customers and mystery shoppers

Winner: Mariusz Losinski, Cityzap, York – Mariusz’s calm and competent approach earned him the York depot’s nomination for this award. Despite driving through stressful city centre traffic in York and Leeds, he remains relaxed throughout and always remembers to give his customers a smile!

Colleagues from each of Transdev’s six depots across the north – in Blackburn, Burnley, Keighley, Harrogate, York and Malton – were on hand at the Bradford ceremony to see the eight winners receive their Amazing Awards.

Each Transdev subsidiary company across Yorkshire and Lancashire is managed and run locally, with strong local identities and highly recognisable brands to promote customer retention. Its ‘magnificent seven’ popular and high profile branded services are: