Accueil » Sweden » News » For the second year in a row, Sweden's best bus drivers are in the Transdev Group

For the second year in a row, Sweden’s best bus drivers are in the Transdev Group 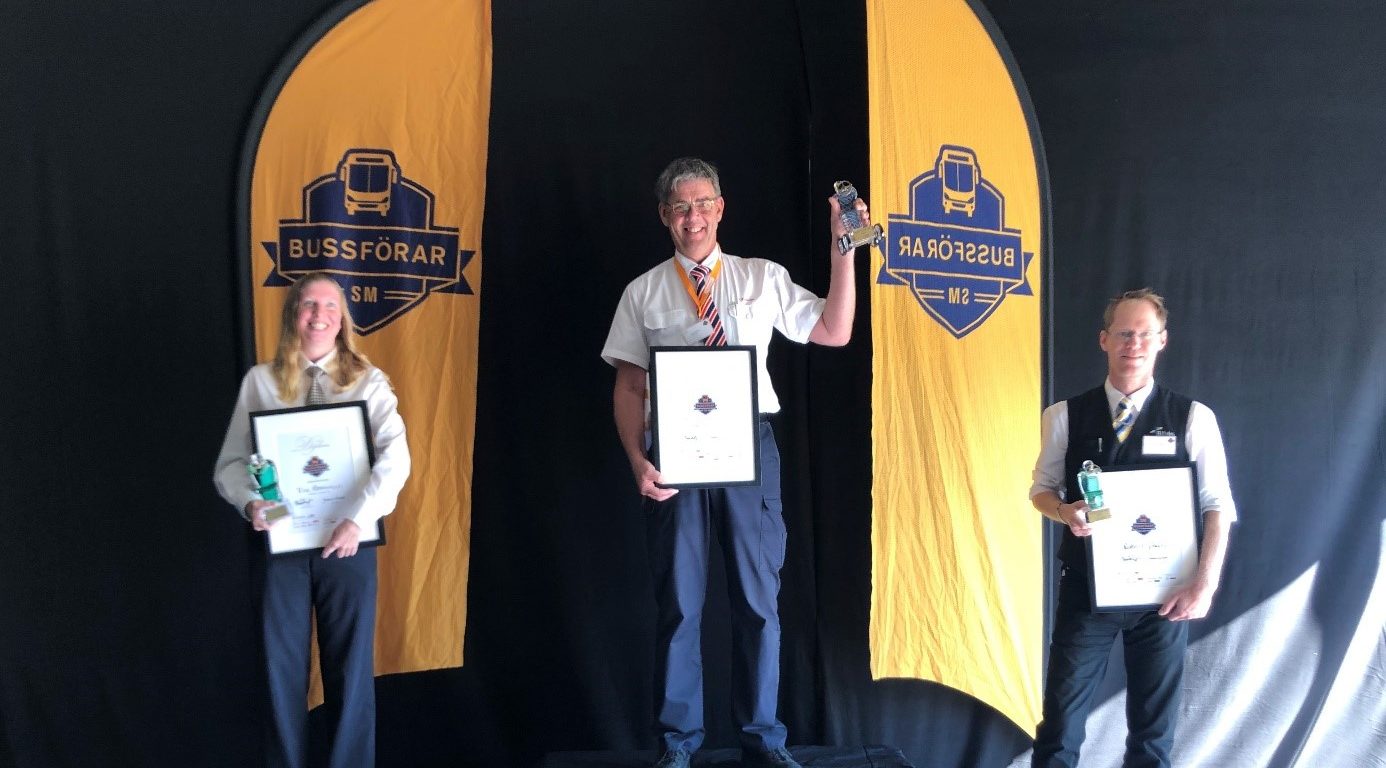 During fierce competition, Jakob Moberg from Transdev in Kristianstad won the first prize in the Swedish Bus Drivers’ Championship on September 7 at Gillingebanan outside Stockholm. In second place came Tina Abrahamsson from Bergkvarabuss in Ronneby / Karlskrona, and in third place came Robert Johansson from Västerås, who also works for Transdev. A total of 580 bus drivers took part in the fight, a record number despite the COVID-19 pandemic.

Sweden’s best bus driver in 2020 is Jakob Moberg from Transdev in Kristianstad. He managed all the practical steps, including driving under slippery conditions, sustainable driving, maneuvering and emergency evacuation when the Swedish Bus Drivers’ Championship was decided today.

It has been a fun competition day and I am very proud and happy to have won the 2020 Championship. I have been a bus driver for 31 years. The best thing about the profession is of course to drive a bus but also to meet people.

As many as 580 bus drivers took part in the battle for the 16 final places in the 2020 Championship. Despite the COVID-19 pandemic, the number of entries from last year’s competition, which noted 501 bus drivers, was exceeded. Of the 580 who completed the online basic test, the 32 best were selected to take another test where half went on to the 16 final places.

This year’s final was run as before on Gillingebanan in Vallentuna north of Stockholm, but this time without an audience to follow the Public Health Agency’s recommendations. There, the finalists had to perform a series of practical tests, including driving under slippery conditions and emergency evacuation. In this year’s competition, a completely new competition element had been added, which was called the service element.

Raise the status of the bus driver profession

Every year, one billion journeys are made with public transportation in Sweden. One of the most important professional groups in the industry is the bus driver profession, which has a key role in making the journey pleasant and safe. The Bus Driver Championship is arranged to draw the attention of bus drivers in a context where the need for recruitment is great and the demands of the industry are constantly increasing.

A bus driver must be service-oriented, be able to drive safely and environmentally conscious, and be able to handle unexpected situations. The competition highlights the broad competence that bus drivers need to have and increases professional pride. That is why it is especially important for us at Transdev to participate.