New all-electric bus trials are under way the UK

A new all-electric bus is undergoing trials  with Transdev’s subsidiary, the Harrogate Bus Company in northern UK as it awaits the outcome of a joint bid to convert its entire fleet to clean, green power.

Transdev in the UK is supporting a shortlisted bid by North Yorkshire County Council to the Department for Transport’s Zero Emissions Bus Regional Areas (ZEBRA), with contributing £11.5 million and the county council funding a further £8 million. Transdev is working with the local authority to submit a detailed business case, with a decision from the Department for Transport (DfT) expected in the spring.

In the meantime, The Harrogate Bus Company is trialing a green Yutong E12 fully electric single-decker on its high-frequency route 1 between Harrogate and Knaresborough until the end of service on Friday January 28 – and the bus firm is now inviting customers to give feedback on the journey experience on-board.

The bus on trial can carry 70 people, with 40 seated. It is powered by 12 lithium-ion phosphate batteries, capable of a daily operational range of over 186 miles on a single charge and governed by an electronic management system which constantly monitors temperature, voltage, current and capacity in each battery.

The latest trials follow experience gained with three alternative electric single deck buses. A Mercedes E-Citaro was tested in August of last year, while a Yutong E10 was trialed in February of last year. A third electric bus built in Britain by Alexander Dennis in partnership with the Chinese firm BYD, was also put to the test on the same route in October 2020.

Transdev is looking to build on its positive experience of running electric buses, after it became the first operator in Britain to introduce eight ‘opportunity charged’, pioneering ‘Harrogate Electrics’ buses in 2018. At that time, it became the only bus operator in Yorkshire to win funding of £2.25 million from the Government to create Britain’s first Low Emission Bus Town.

We’re delighted to be undertaking phase four of our electric bus trials, as we evaluate options for electric power on one of our most popular routes, the 1 between Harrogate and Knaresborough. The outcome of these trials will help us make informed choices between options to invest in electric power. We’re also inviting our customers who experience this new bus in service with us to let us know what they think – we’ve already had a positive reaction and we want to hear more, as our customers’ views are vitally important to us. We hope that alongside North Yorkshire County Council’s bid for Government support, our own multi-million-pound investment will turn our vision of a completely zero-emission bus network powered by a fully electric bus fleet into reality.

If its bid succeeds, North Yorkshire County Council will work in partnership with Transdev to introduce 39 zero emission electric buses based in Harrogate over three years at a cost of £20 million, with £11.5 million being invested directly by Transdev.

Twenty single deck and 19 double deck buses would be introduced, along with supporting charging infrastructure, on routes across Harrogate and beyond including the high-profile 36 linking the town with Leeds and Ripon, building on rises of more than 21% in customer numbers in the last few years. 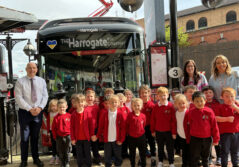 Find out more
Sergio Soares, CEO of Transdev Portugal and Spain , asks for a rebalancing of contracts 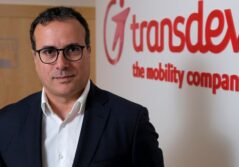 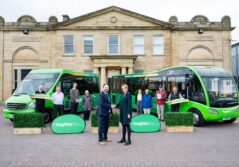