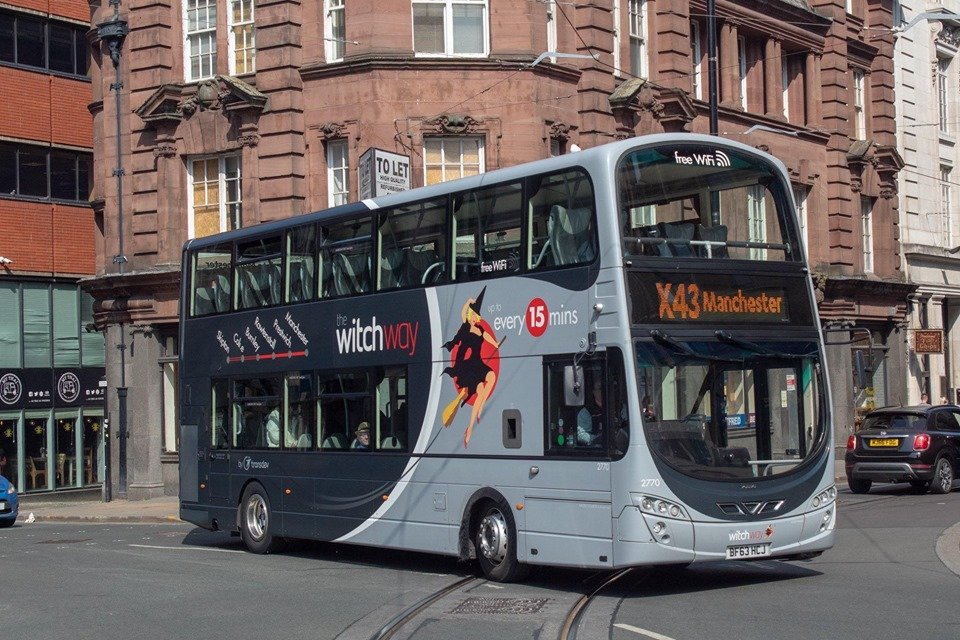 North West UK bus operator Transdev is calling for a rethink on a controversial ban on buses in the heart of Manchester city centre – claiming vulnerable people who depend on its services are being denied access to key shops and facilities as a result.

Manchester City Council introduced the blockade on a section of Deansgate, between Blackfriars Street and King Street West, on Saturday, May 16, claiming that the move would “aid the city’s economic recovery by making it easier for people to socially distance”.

As a result, bus operator Transdev’s Witchway express from Burnley and Rawtenstall, and its Red Express service from Accrington and Ramsbottom, have both been forced to take a lengthy diversion – denying direct access to bus stops on Deansgate for people, some with disabilities, who depend on bus services to reach work or to access essential services and shops in the city centre.

This change has made life much more difficult for those who need direct access to the heart of the city most of all – those who cannot walk the long distance to and from alternative stops on a long diversion route. It’s bad news for vulnerable people who depend on our buses as their only means of transport.Manchester City Council says that although the closure of this key section of Deansgate has been brought forward on a temporary basis, its aspiration is to make it permanent. That has serious implications for our customers who now face great difficulties in getting to the area, as not everyone can walk long distances to and from relocated bus stops where social distancing is not always achievable.

A permanent closure with a lengthy and frequently congested diversion route will increase pollution as buses are delayed in traffic, while it also places the viability of bus services at risk due to the double whammy of higher costs for extra fuel and lower customer numbers choosing the bus to reach the city centre. That has got to be bad for everyone, whether they depend on the bus or not.

Many other cities, including London and Edinburgh, are introducing segregated streets with bus access retained as part of a sensible mix which provides enhanced social distancing while making best use of available space. A similar solution could work here – and with low-emission buses like ours is a sensible solution for air quality too – but apparently isn’t part of the debate.

The city council is asking for feedback from residents and businesses but has excluded bus operators from what it claims is an ‘open conversation’. Buses provide a vital service for some of the most disadvantaged people in our society and must be part of any discussion on the way forward.

We’re calling on Manchester City Council to engage in meaningful consultation with bus operators so we can ensure our customers’ voices are heard, and a reasonable and viable solution is achieved.

Transdev estimates the cost of extra fuel needed to continue running both of its bus services around the diversion route at £100,000 a year. The bus firm says it’s approached Manchester City Council about changing the diversion to follow a route already used by Metrolink trams – but the council has yet to reply.

Alex Hornby added: “In spite of the impact of the COVID crisis, we decided to press ahead with a planned £3.5million investment in a new fleet of brand new ultra-low emission and high-spec buses for the Witchway later this year, but it was all organised before we had £100,000 of costs and a lengthy diversion added to the equation.”

The bus firm also says the city council’s online consultation forms invite comment on the impact of the Deansgate closure from pedestrians, cyclists, motorists, businesses and local residents – but not bus users or operators.