Graduated from HEC Paris, Coralie Renard is convinced that autonomous transportation will offer more freedom to passengers in public transit.

The interview written by Lilian REILHAC was originally published in French in Mobilidées.re.

Can you explain to us your missions at Transdev?

Within Transdev Autonomous Transport Systems, I lead the Marketing, Communication and Customer Experience team. I am also in charge of the Product. I joined this team when it all began four years ago, after having been in charge of Marketing and Innovation at Transdev Services Réunion / Transdev Overseas Territories. We are working on autonomous mobility in a context of shared transportation, whether in the context of B2G or B2B transit services. For this, we have international experts from different business sectors (automotive industry, software, complex transportation systems and mobility services) providing advanced technical and technological skills. We position ourselves as integrators of Autonomous Transport Systems (including vehicles, supervision and infrastructure) and providers of technologies and services to operators or cities, for the operation of autonomous mobility services on a large scale.

What are the challenges with autonomous transportation?

First, there is a technological issue for autonomous vehicles so that they can have higher commercial speed, wider conditions of use and validation enabling operation without an operator on board. This concerns driving technologies, but also a whole set of technologies necessary for an autonomous mobility service and on which we are working, such as Autonomous Vehicle Supervision, passenger safety management, on-board comfort monitoring, etc. These will have to be operational once autonomous vehicles are available on a large scale. A second issue concerns the territories. It is important that they can prepare for the arrival of the autonomous vehicles in an integrated way with existing transportation networks. The interest of these vehicles will be to improve overall transportation service and customer experience, for example by offering first / last mile or off-peak services. Finally, a third issue is that of the appropriation by the teams of the local networks. Transportation is a profession that is deeply rooted locally, and the autonomous vehicle is a technologically complex object. It is also part of our missions to support these teams so that they can operate these autonomous mobility services efficiently. Our public transportation expertise allows us to design the right tools and interfaces to facilitate this use, as well as the appropriate service offers to support them at every stage, from the preparation of an autonomous transit service to its operation, including its design or deployment.

Why is autonomous transportation the future of tomorrow’s travel?

At the very origin of the creation of Transdev Autonomous Transport Systems by Transdev, there is the conviction that autonomous vehicles will constitute a key element in the future of mobility. In addition, this transformation will first go through the autonomous vehicles used in the context of collective services, before being utilized as private vehicles with Level 5. It is a strong element of our vision which is confirmed by what it is possible to observe in the ongoing developments in the world. In addition, public transportation by the fact that the operating area is known and controlled, that the speeds are lower as well as supervision centers already exist today, benefits from differentiating elements making it possible to market in the next years. 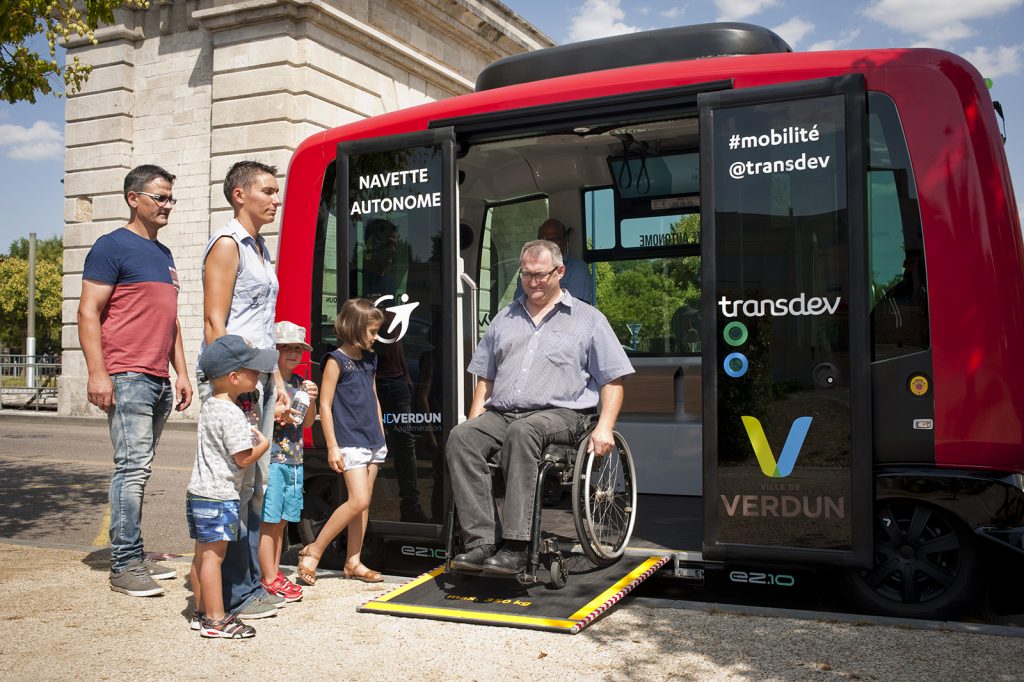 I am absolutely convinced that autonomous vehicles will have a profound impact on the use of mobility. And since mobility is intimately linked to the way we live and the way we inhabit, the impacts on urban planning and lifestyles will also be significant. This is an incredible opportunity that must be seized in order to build the city and life as we dream it! This development will not happen overnight, the arrival of autonomous vehicles will be gradual, first on private sites such as industrial sites or campuses, then in the context of public transportation, in order to be able to provide additional mobility geographically and temporally. This will also be an opportunity to deploy services where previously it was not economically feasible, to offer more attractive frequencies at certain times of the day or night, or even to bring greater flexibility with transportation on-demand systems. It is also important to remember that even if these services are autonomous, human is always present, and a great deal of expertise is necessary for the operation of fleets of autonomous vehicles. The supervision operators within the Operations Control Center will be trained to operate these new services, as well as the operating teams of the transit operators. This is a component that we integrate into our offers, in order to allow this local control for quality service and an optimal customer experience.

There is still this feeling of apprehension among users when travelling in a driverless vehicle. How do you reassure them?

We have carried out numerous surveys during our various projects in order to question passengers about their feeling of confidence on board our autonomous shuttle transportation services. Out of 1,000 passengers surveyed, we obtain a feeling of confidence of 97%. This is an extremely high figure which shows that the adoption of these new modes of transportation can be done quickly, especially since they are part of the services operated by a recognized and trusted player such as Transdev. Beyond these elements, we are convinced of the major role of supervision as part of a completely autonomous service. The Autonomous Vehicles Supervision that we are developing aims to manage the fleet, but also to monitor the entire system in real time and to enable relationship with passengers. At any time passengers can come into contact with the supervision operator via an intercom system.

In the event of simultaneous obstacles of a pedestrian and a car on the dedicated lane, how does the controller react? The algorithm favors which of the pedestrian, the car or the bus?

The autonomous vehicle is equipped with sensors allowing it to detect potential obstacles in advance. If simultaneous obstacles are detected, the vehicle will simply stop.

Can we get an idea of the investment cost to develop autonomous transportation?

Today, autonomous vehicles are relatively expensive. Their price will decrease with the reduction in the costs of equipment, such as sensors or on-board technologies. More generally, for autonomous transportation services to be relevant in terms of economic model, it is necessary that the operator on board can be withdrawn. And for that, it is necessary that the safety of the system is demonstrated. This is when the operation of an autonomous transportation service will be financially more interesting than conventional public transit, with a level of quality of service at least equivalent, that the deployment on a large scale can take place.

So, it’s no longer a gimmick like some skeptics think?

Transdev has already transported 3.5 million passengers worldwide as part of autonomous transit services with different vehicles (the French EasyMile and Navya, the Dutch 2GetThere, etc.). More than 50 deployments have been carried out on several continents. Even though these projects mostly took the form of experimentation, real passengers were transported in these vehicles without steering wheels, pedals or driver’s cab, and also on roads open to traffic! Moreover, if we look at the side of the USA, companies like Waymo and Nuro are now launching their first paid services without an on-board operator. At the global level, we are therefore entering a new phase of progressive deployment for commercial purposes, whether in the transport of people or goods.

Which cities in France, in Europe and around the world have adopted autonomous transportation?

We have several R&D projects in France today, which allow us to deploy and test our solutions. One of the first is the Rouen Normandy Autonomous Lab started in 2017. This is the first project relating to an autonomous on-demand transportation service in Europe. Transdev Rouen teams also welcomed more than 1,100 visitors from 17 countries between 2018 and 2019. This pioneering multi-partnership project, in which the Transdev Group is alongside the Caisse des Dépôts Group, the Rouen Normandy Metropolis, the Normandy Region, the Renault Group, the Matmut Group and Europe / FEDER, has now entered a second phase. This consists of the experimentation of different autonomous and electric mobility services, of collective public transport type, on the territory of the Rouen Normandy Metropolis, with autonomous shuttles within the Madrillet district in addition to a bus line as well as on-demand, electric, autonomous cars as part of an on-demand transportation service in the city center.

Your career in mobility profession started on Reunion Island, your native island. How do you see the travel policy in Reunion now?

The problems encountered in Reunion are the same as those encountered in general on public transit. The aim is to continue to improve the quality of the service provided, to digitize passenger information and to work on the overall attractiveness of the networks to enable a shift to further reduce automobile dependence, which is still important in Reunion Island. The improvements have been continuous for several years and they must also be able to rely on the new projects in the course of guided transportation – by rail or by cable, as well as on the reflections and improvements relating to the layout of the road and the sharing of public space, more generally.

Could one day see you coming back to bring your experience and knowledge?

I would love to be able to set up an autonomous transportation service in Reunion! This would be a first in the French overseas territories. And therefore, on a more personal level, as a Reunionese, a source of pride.