Spontaneous support in Germany for people in great need 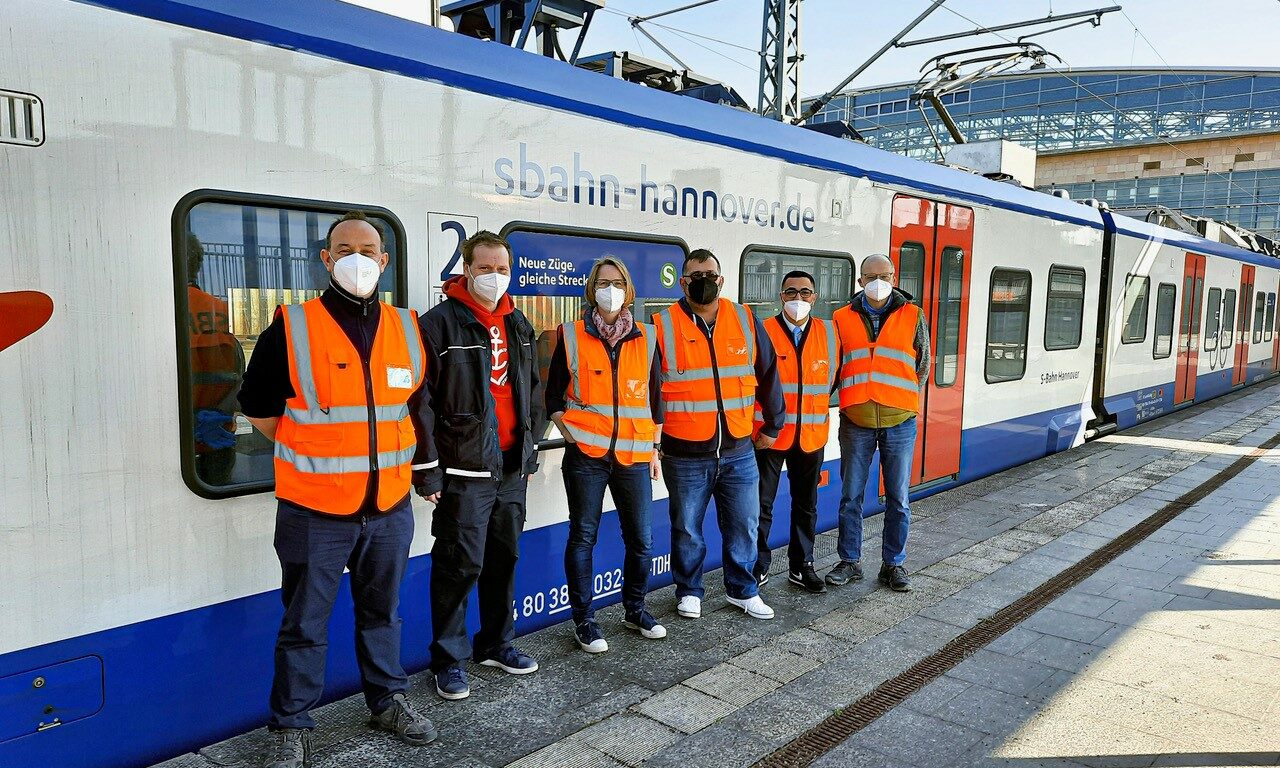 With the start of the war in Ukraine and the resulting wave of refugees seeking shelter outside the country, colleagues from Transdev Germany companies also got involved spontaneously to help alleviate the need.

On the one hand, it was a matter of transporting thousands of people by train and bus from the embattled areas to safe places within a very short time. In addition to the deployment of numerous special trains and buses from various companies, which also brought refugees to Germany, the possibility was created at relatively short notice for passengers with Ukrainian passports to also use the trains and buses of Transdev companies in Germany free of charge on the journey to family members or friends. In addition, colleagues spontaneously got involved on site to help the refugees with accommodation or meals.

At Transdev’s subsidiary Moselbahn Verkehrsbetriebsgesellschaft in Bernkastel-Kues, two employees spontaneously decided to support a private aid campaign through personal commitment. Together with other colleagues, they borrowed a bus belonging to a local bus company they are friends with to the Ukrainian border with urgently needed items for everyday use. An appeal within the Transdev subsidiary brought further support, and within a few days €750 in donations were collected from the local team members. On the way back, the bus brought refugees to Germany, for whom accommodations were spontaneously organized on site.

The Bavarian Regiobahn also reacted spontaneously at the beginning of March 2022 and, with the support of the state, provided a sojourn train for refugees from Ukraine at Freilassing station, as numerous people were crossing the border here. The train offers a total of 333 seats and also four toilets, thus enabling people to spend the waiting time until registration and onward travel in the warm and dry. The public transit authority Bayerische Eisenbahngesellschaft (BEG) was also convinced by the action and waived any penalty payments if the sojourn train were to lead to restrictions in regular service.

The team from Transdev Hannover (SBH) also spontaneously got involved in helping refugees after Deutsche Bahn (DB) asked for support in transferring refugees by train from Laatzen trade fair station to Hannover main station. The team’s luggage included a large bag with toys, cuddly animals, learn-to-read books and picture books. The Transdev double train-et arrived with more colleagues, donations as well as chocolate and gummy bears to transport the refugees arriving in Laatzen on a long-distance train further to Hannover main station.

The chocolates, gummy bears and also the toys, went down great and made children’s eyes light up. Already the following Wednesday morning came the next DB request for another transport of refugees. Since the supplies from the weekend had been used up, a local supermarket spontaneously filled the bags with water, hygiene items and canned food.

On both days, the double train-set was completely occupied. Some of the people also had to stand, which again illustrates the dimensions of the undertaking.

Pictured above : Nadine Böger (center) and the team from the S-Bahn Hannover took care of refugees after their arrival in Hannover.