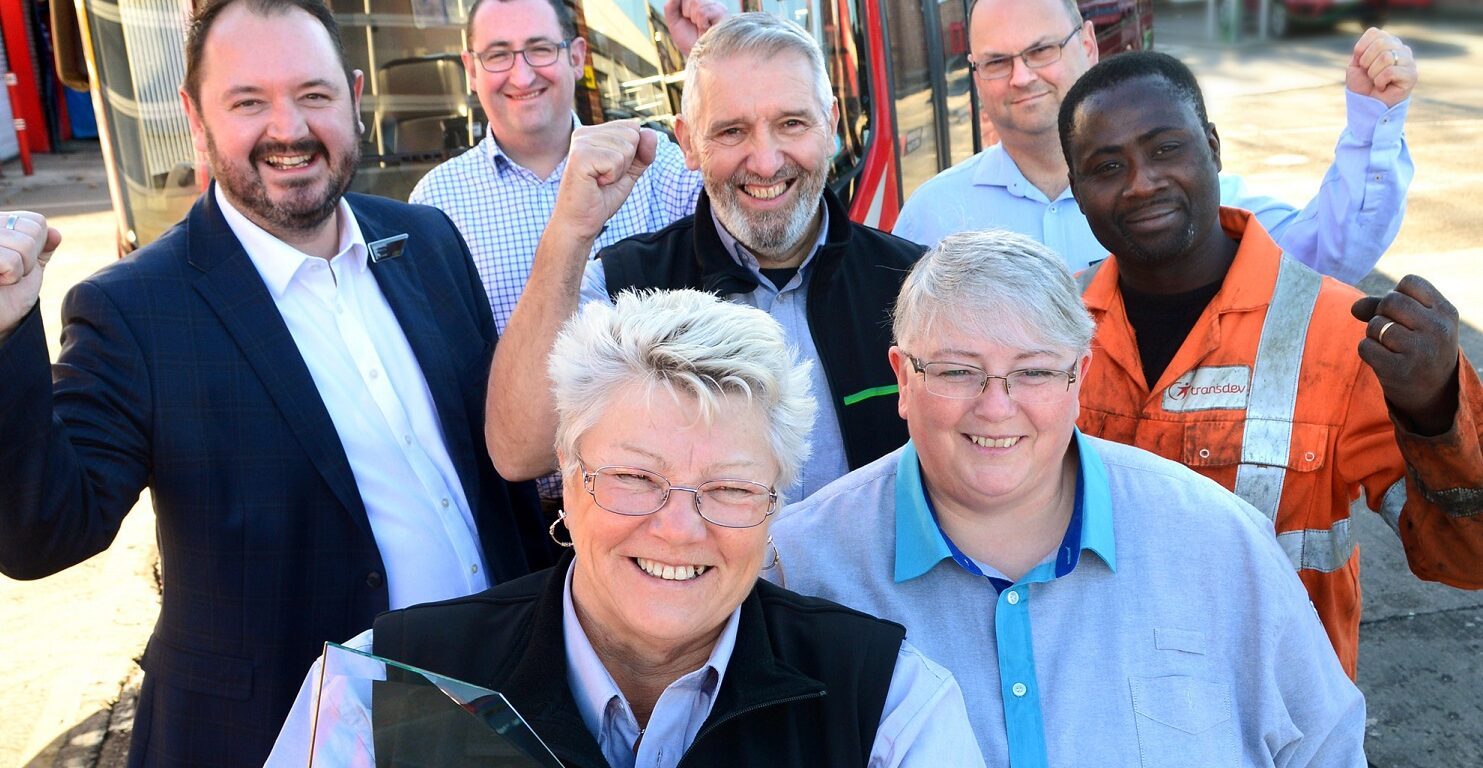 Transdev in northern England is celebrating after its unique ‘Clean, Safe, Ready to Go’ campaign to promote safe travel during the COVID-19 pandemic scooped a top prize at the UK Bus Awards – the Oscars of the bus industry.

The prestigious “Build Back Better” award was specially created to reward initiatives to help the nation’s bus operators recover from the impact of the COVID-19 pandemic – and was one of the most keenly contested categories among bus firms this year.

Transdev’s win recognizes the forward-thinking operation’s success in responding rapidly to huge changes in customers’ travel patterns brought about by the global pandemic, while also planning for sustained long-term recovery in the years ahead.

Awards judges praised Transdev for “its extensive, positive messaging about travelling by bus, notably its ‘Clean, Safe, Ready to Go’ campaign launched in May 2020, which saw Transdev become the first UK bus operator to produce a two-minute video following an everyday journey as seen through the eyes of a customer, showing extra cleaning in place to keep everyone safe.”

Transdev also sold over 15,000 specially designed facemasks online and at its bus stations, raising £5,000 for NHS Charities Together – while its video was shared thousands of times on social media, and can be seen below.

This award is dedicated to the huge effort of our colleagues, who – over the past two years in particular – have kept our customers moving whilst they needed us most. We have never lost our smile, our vision or our commitment to deliver each day, nor our determination to strengthen our long-term future as we continue to build a growing, innovative and customer-centric business. Our Clean, Safe, Ready to Go campaign summed up our positive approach against the unjustified perceptions of bus travel. It was more than just five words – it defined our way of doing things as we reassured our customers, and we are proud that it became a benchmark of how to operate and present yourself in a pandemic. Throughout this time, we also never forgot about how we approached the future. We have grown our business by 20 per cent over the past two years and have helped create a positive future for the bus across the north of England. It’s a huge honor to be part of a team that wins awards even in these often strange and challenging times. They’re incredible – and they all completely deserve this recognition on the national stage, with my appreciation – as ever – on a job well done!

Throughout the pandemic, Transdev has saluted the North’s key workers, including hospital and retail staff alongside its own drivers and support staff, with its series of ‘Buses for Heroes’. Created in co-operation with local and regional newspapers, each bus features images of people nominated by proud friends and relatives for helping the local community through such challenging times – a high-profile visual reminder to all of their vital role.

UK Bus Awards judges also praised Transdev’s successful expansion in July 2021, with the purchase of the former Yorkshire Tiger business and its two depots at Waterloo in Huddersfield and Elland, near Halifax, to form new subsidiary Team Pennine.

The winning Transdev entry also points to its continuing fleet renewal program, with the bus firm investing £5.2 million in 2020 on 19 ‘Sky-Class’ high spec, twin deck buses – and to its success in creating over 100 new jobs, with 41 extra buses on new networks centred on Leeds Bradford Airport in Yorkshire, and the Ribble Valley and Leyland in Lancashire.

A parallel ‘Build Back Better’ award for the coach industry was won by Greater Manchester-based operator Belle Vue Coaches.