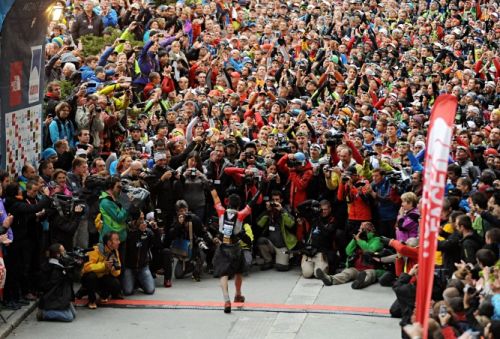 Share
This year, more than 14 000 racers registered and 7 500 were on the starting line for the five races. In all, 77 nations were represented, more than 2,000 volunteers were mobilized and 50 000 spectators transported! With the development of trail running as an increasingly recognized and practiced sport, this annual meeting as part of the Chamonix summer calendar keeps growing. This year, a new race, the OCC, was added and the UTMB was integrated as part of the Ultra-Trail World Tour circuit.

The event is increasingly international, with Spain the second most represented nation, followed by Italy, the United Kingdom, Japan, Belgium, Germany, Switzerland and the United States. Among the 20 nations most represented, seven are non-European: Japan, the U.S., China, Argentina, Brazil, Canada and Australia.

For the first time this year, UTMB is part of the Ultra-Trail® World Tower racing circuit, which illustrates the diversity of trail running: steep Alpine roads, California trails, the hills and beaches of Hong Kong, the Moroccan desert … formats that require real adaptability by participants. Indeed, from the Marathon des Sables, the Vibram® Tarawera 100km Ultramarathon, the Ultra-Trail Mount Fuji to the Western State Endurance Run 100, participants must possess very different qualities, whether to compete to win or simply aspire to become a “finisher.” 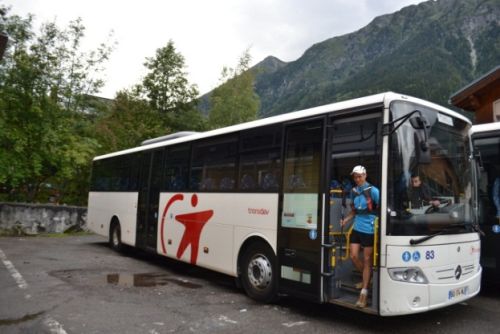 Priority on the environment!

Mont Blanc and the surrounding trails are an important part of the event’s success. The organization – residents and natives of Mont Blanc, proud and happy to show off their country – is particularly careful to ensure that the nature of the surrounding valleys is respected. With the growth of outdoor events such as mountain biking, trail running and orienteering, the Ultra-Trail du Mont Blanc® is fully mobilized to reduce the impact of its races on the environment.

As Official Transporter for the event, Transdev Mont Blanc Bus once again successfully committed itself to organizing the event transportation plan. The implemented plan sought to limit the inevitable, endless stream of cars accompanying runners on Mont Blanc back roads and thus reduce CO2 emissions. This year, the transportation organized by Transdev Bus Mont Blanc was seamless, thanks to the preparatory work, the quality, the mobilization and the availability of its teams, helped by very good weather and no changes to the route. Operating 24H / 24, 120 drivers transported 19 000 passengers — a motivated team that conquered the mountains!

The Guide to Mobility: To better inform racers, helpers and spectators and to encourage use of public transit in order to preserve the environment, 3,000 copies of a transport guide provided all of the information to move efficiently and make the best use of “Urban Pulse.” 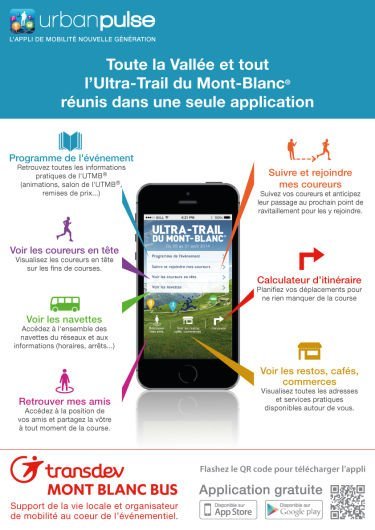 The Urban Pulse app allowed users to follow a runner’s position in real time and anticipate passage of the next refueling point as well as to find the most convenient of the network’s 90 shuttles to be in place to cheer runners along. Urban Pulse also communicated real-time information about UTMB®, events, departures, changes due to weather conditions and the positions of the leading runners.

Through a network of shuttles dedicated to the event put in place by Transdev Mont Blanc Bus, combined with the Urban Pulse mobile app, runners, helpers and spectators were brought closer to the race and were able to follow runners, both on-site and remotely, at this unforgettable international trail race.

The event also benefited from a “true mass movement” from French, Swiss and Italian municipalities around Mont Blanc, including through the support of the people toward competitors and a strong mobilization of volunteers. 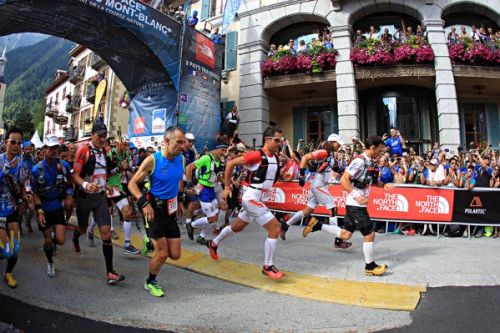